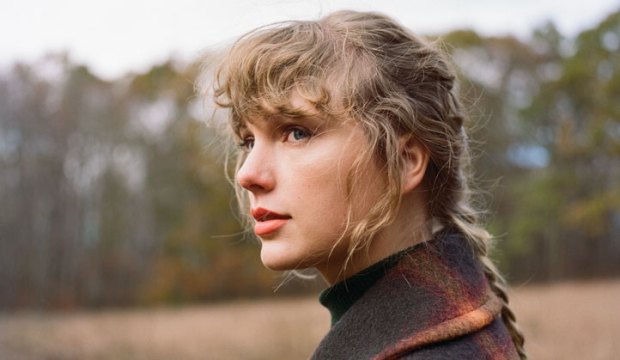 It’s been almost six months since Taylor Swift topped the Billboard 200 albums chart with “Fearless (Taylor’s Version),” the re-recorded edition of her Grammy-winning blockbuster. But she shot back to the top for the tracking week that ended on October 7, 2021. That’s because, even in an era of streaming driving a lot of chart success, Swift remains the queen of sales. Read more here at Billboard.

“Fearless” jumped 156 spots back to its number-one perch thanks to the release of its vinyl edition as well as signed CDs in Swift’s own merchandise store. It achieved 152,000 equivalent album units, of which traditional sales accounted for 146,000. Streaming only added up to about 6,000 units. That brings this version of “Fearless” to a total of 400,000 in total sales, which makes it the second biggest seller of 2021. It’s behind Swift’s own “Evermore,” which has sold 434,000 copies. So while artists like Drake can set streaming records, you can always count on Swift fans to open up their wallets for physical or digital purchases.

SEECritics react to Lady Gaga and Tony Bennett’s reunion album, ‘Love for Sale,’ which is Bennett’s ‘final gift to the world’

Speaking of Drake, he’s at number-two with “Certified Lover Boy” bringing in another 110,000 album units following three previous weeks at number-one. This week’s biggest debut is at number-three: Meek Mill‘s “Expensive Pain” with 95,000 units. Last week’s chart-topper, YoungBoy Never Broke Again‘s “Sincerely, Kentrell,” drops down to fourth place with 71,000 units. And rounding out the top five is Lil Nas X‘s “Montero,” which is down two spots with 45,000 units.

Elsewhere in the top 10, Lady Gaga and Tony Bennett‘s collaboration album “Love for Sale” starts in eighth position with 41,000 units, so it was only 4,000 units shy of the top five; all the albums from fifth to 10th place this week were within just 6,000 units of each other. This now gives Bennett top-10 albums spanning 59 years, as his very first top-10 collection was “I Left My Heart in San Francisco” in 1962. The only artist with a longer span of top-10 hits is Nat King Cole, with a 63-year span between “Love is the Thing” in 1957 and his holiday album “The Christmas Song” at the very beginning of 2021. That’s especially impressive since Cole died back in 1965.