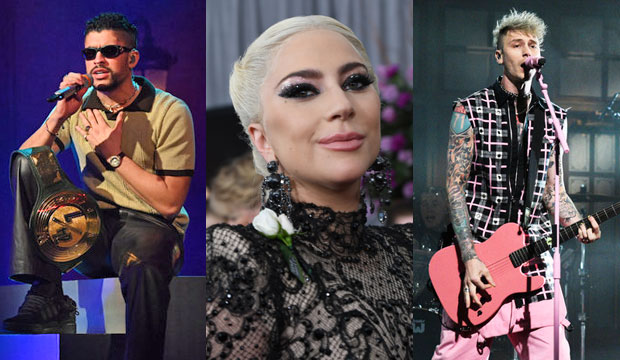 The 2021 Billboard Music Awards are almost here, so it’s time to take a look at some more top categories. This time, let’s consider who leads the genre races for the top artists of the year.

One of the hardest categories this year, this is one where I could genuinely see anyone winning. I’m going to settle on the late Pop Smoke; his album “Shoot for the Stars, Aim for the Moon” was just massive and is still launching singles on the Hot 100, and he did consistently well on all the year-end Billboard charts for 2020. Still, Lil Baby ended up slightly higher on the overall Top Artists list (number-seven, ahead of Pop Smoke at number-10).

So it’s going to depend on who was more successful for those couple of months after the year-ends: the BBMAs eligibility period is March 21, 2020 through April 3, 2021, while the year-end charts only considered achievements through November 2020. So I’m not ruling out DaBaby, Drake, or Juice WRLD either.

This category will be a tough battle between country superstars Luke Combs, Morgan Wallen, and Gabby Barrett. Out of the three, Wallen might have the upper hand given how massive his “Dangerous” album has been, spending 10 weeks atop the Billboard 200, the fourth most ever for a country album.

Combs and Barrett can’t be counted out though. The former has had big success with his album “What You See is What You Get,” which also spent multiple weeks on top of the Billboard 200 and launched multiple hits to the top of the country charts. As for Barrett, her single “I Hope” was such a massive hit that it could make her a dark horse in this hotly contested category.

This category might be a done deal. Worldwide superstar Bad Bunny will likely win here for his massive chart success. He’s had three hit albums — “YHLQMDLG,” “Las Que No Iban a Salir,” and “El Último Tour Del Mundo” — all of which charted in the top 10 of the Billboard 200, with the last of those peaking atop the chart. Bad Bunny has also had myriad songs on the Hot 100, including his top-five hit “Dákiti” alongside Jhay Cortez. I’ll surely be surprised if Bad Bunny doesn’t take this one.

This is a very interesting category. Lady Gaga is probably the front-runner off the strength of her hits “Rain On Me” and “Stupid Love” and her number-one album “Chromatica.” That said, Gaga faces stiff competition from EDM superstar Marshmello, who’s constantly racking up hits on the dance charts. Still, Gaga will likely edge him out and take home another BBMA for her collection (to date she’s won seven).

Rapper-turned-rocker Machine Gun Kelly might win his first BBMA here for his big success in the rock world. His album “Tickets to My Downfall” was a huge success, topping the Billboard 200 and Top Rock Albums charts with multiple weeks atop the latter. Kelly has also had multiple rock hits, including his most recent, “My Ex’s Best Friend” featuring Blackbear, which peaked right outside the top 20.

If Kelly were to lose, this award could go to alt-pop trio AJR due to their major alternative radio hit “Bang,” which peaked in the top 10 of the Hot 100, or rock legends AC/DC thanks to their number-one rock album “Power Up.”

This category could be another win for The Weeknd. It’s important that “Blinding Lights” is counted as an R&B song on the Billboard charts (unlike the Grammy where it was considered — and snubbed — as pop). That means its dominance was a big factor on the genre charts. Needless to say the song was a huge hit, topping the year-end Hot 100 list and becoming one of the biggest songs to ever chart.

The Weeknd is also helped by the success of his album, “After Hours,” which has launched three big hits (“Heartless” and “Save Your Tears” along with “Blinding Lights”) and is nominated for Top Billboard 200 Album. I could maybe see Doja Cat or Chris Brown upsetting, but it’s likely going to The Weeknd.