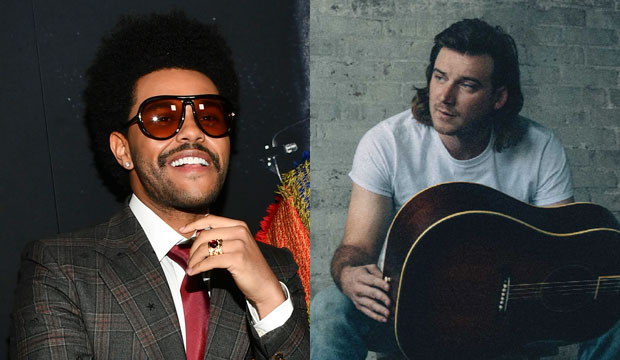 The 2021 Billboard Music Awards will air May 23, honoring the best-performing music on the Billboard charts during the eligibility period of March 21, 2020, to April 3, 2021. While a lot of categories are typically easy to predict by referring to Billboard’s year-end charts, the eligibility year doesn’t line up exactly with the calendar year, which can sometimes shake things up a bit. With that in mind, let’s take a look at the toughest races to call for this year’s ceremony.

This category is a little messy to predict. On paper, The Weeknd might be the safest pick: he came in at number-two on the year-end list for Top Artists, only behind Post Malone, who isn’t nominated (he won Top Artist at the BBMAs last year). But the problem is that the BBMAs deadline isn’t November, like the year-end charts, but April.

That might give Pop Smoke and Drake a bit of an edge, given that they’ve had Hot 100 hits since December, and in Pop Smoke’s case his album (“Shoot for the Stars, Aim for the Moon”) has outdone The Weeknd’s (“After Hours”) in that period of time. Even Taylor Swift released another chart-topping project, “Evermore,” after November, so all three artists could edge The Weeknd out.

However, The Weeknd has also had another hit, “Save Your Tears,” which might ultimately give him the edge, especially when considered with “Blinding Lights,” which topped the Hot 100 during the eligibility period and also made history as the first song ever to spend more than a year in the top 10.

This category has two Top Artist nominees: Juice WRLD and Pop Smoke, both of whom happen to be posthumous contenders. You’d think that means the third nominee, Lil Baby, could be automatically counted out, but he ranked higher than both of his rivals on the year-end Hot Rap Songs Artist chart: he was number-three, while Juice WRLD was sixth and Pop Smoke was seventh.

However, on the Top Rap Album Artists chart, Juice WRLD led at number-two, while Pop Smoke was at number-three and Lil Baby followed right after at number-four. So if the award only takes into account the artists’ performance on the rap charts, then Lil Baby could win given his greater overall strength there specifically.

But if not, then Juice WRLD could take the award; he has charted high on the rock and alternative charts, as well as the pop charts. Or Pop Smoke could very well be ahead, especially if his points for his album are strong enough. I’m looking forward to seeing who wins and what that might reveal about the methodology in this genre category.

This is another category where the four months after the year-end charts could play a big factor. Luke Combs ruled the Top Country Artists year-end list, mostly due to the massive success of his album “What You See Is What You Get.”

The problem is that Morgan Wallen, who was number-two on that chart, released his own smash album (“Dangerous”) after the year-end chart deadline; it topped the Billboard 200 for 10 weeks, making it only the fourth country album to spend that much time atop the chart and one of the biggest country albums ever to chart. So Wallen could easily edge out Combs for the win.

Finally, this fan-voted category is a mystery. The issue this year is that none of the nominated songs are by the kinds of pop stars with huge voting fan bases like Taylor Swift, Harry Styles, or BTS. Three of the five nominated songs are by hip-hop artists: DaBaby and Roddy Ricch for “Rockstar,” Jack Harlow and multiple collaborators for “Whats Poppin,” and 24kGoldn and Iann Dior for “Mood.” The two other nominees are “Go Crazy” by Chris Brown and Young Thug and “I Hope” by Gabby Barrett and Charlie Puth.

So with none of these artists having those typical pop fan armies, who wins? If you wanna go with the biggest hit, “Rockstar” takes the cake. But “Mood” is the more recent hit, and is still popular enough that it might edge “Rockstar” out in this online fan vote, in addition to it being a poppier song that appeals to listeners in multiple genres, being a hit on alternative radio, pop radio, and rhythmic radio. If I had to choose, I’d say it’ll probably go to one of these two, but really the award is up in the air.