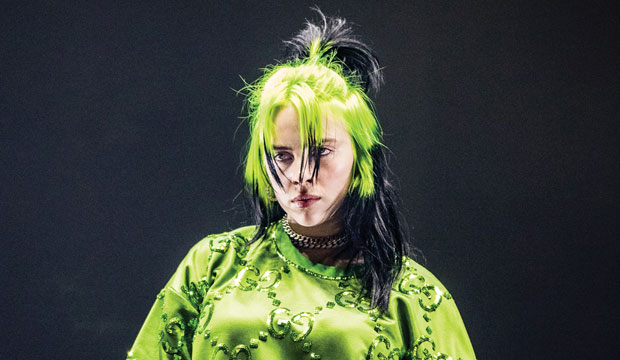 Billie Eilish won Record of the Year for chart-topping breakthrough hit “Bad Guy” in 2020. And she just won Record of the Year again for her standalone single “Everything I Wanted.” In doing so, she became only the third artist in history to achieve back-to-back victories in the category. Check out the complete list of Grammy winners here.

The first to achieve this was Roberta Flack. She claimed Record of the Year in 1973 for “The First Time Ever I Saw Your Face,” and then she did it again in 1974 with another classic, “Killing Me Softly with His Song.” Decades later the Irish rock band U2 got the double play, winning for “Beautiful Day” in 2001 and “Walk On” in 2002. Both of those hits were from their album “All That You Can’t Leave Behind,” which makes that the only album to produce multiple Record of the Year champs.

Eilish was probably helped by the fact that “Everything I Wanted” was one of only four songs to be nominated for both Record and Song of the Year, which indicated greater support from the recording academy. The others were Dua Lipa‘s “Don’t Start Now,” Post Malone‘s “Circles” and Beyonce‘s “Black Parade,” though they all lost Song of the Year to H.E.R.‘s “I Can’t Breathe.” Sometimes voters are reluctant to give an artist top honors again right after such a big windfall, though sometimes when the Grammys like you, they really like you.

SEEBeyonce is now the most awarded woman in Grammy history, and she’s closer to being the biggest winner EVER