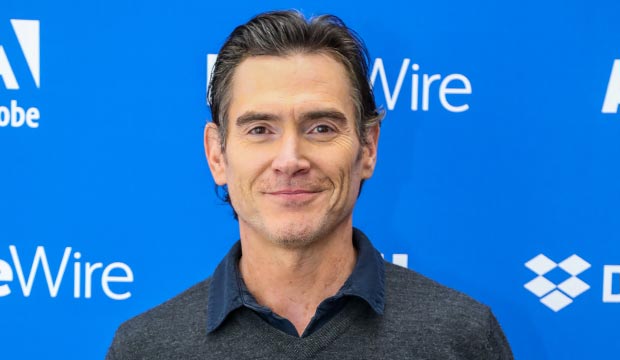 Billy Crudup is poised to earn his second Best TV Drama Actor nomination at the SAG Awards for playing UBA network CEO Cory Ellison on the AppleTV+ series “The Morning Show.” Crudup won the Emmy for Season 1 in the supporting category, but lost the catch-all SAG trophy to Peter Dinklage for the final season of “Game of Thrones.” Reviews for Season 2 are even more favorable for Crudup who is in strong contention to win his first individual SAG Award.

Critic Udita Jhunjhunwala (Scroll.in) says of Season 2, “Cory reveals his vulnerable and humane side. Crudup’s performance is among the show’s best.” tt stern-enzi (WXIX-TV) writes, “A great cast with a lot behind this. The second season is even better, get on the bandwagon now while you have a chance.”

In Season 2 we see Crudup’s character, Cory, woo Alex Levy (Jennifer Aniston) back by offering her a prime-time talk show if she fills in on the struggling breakfast news program alongside Bradley Jackson (Reese Witherspoon). In addition to mending relationships among UBA talent and executives, Cory learns the family of Hannah Shoenfeld (Gugu Mbatha-Raw) is suing the network in a wrongful death suit after the former talent booker was found dead from an overdose.

The 2021 Drama Actor category is guaranteed to look significantly different this year, with Sterling K. Brown (“This is Us”) being the only 2020 nominee eligible. Last year’s winner, Jason Bateman (“Ozark”), and nominees Josh O’Connor (“The Crown”), Bob Odenkirk (“Better Call Saul”) and Regé-Jean Page (“Bridgerton”) are all out of the running. After missing the eligibility window last year, Crudup and his co-star, Steve Carell, join Brown as potential repeat nominees from 2019.

SAG voters are notorious for nominating well-known actors over and over again, which makes Crudup’s previous bid that much more telling. With the category being shaken up, his toughest competition appears to be coming from “Succession,” the HBO series with three actors in the running: Brian Cox, Jeremy Strong and Kieran Culkin. This would be a breakout year for the “Succession” squad who were ignored by SAG for the first two seasons despite their Emmy success.

Crudup has won one SAG award in his career as part of the film ensemble of 2015’s “Spotlight.” He was nominated in the same category for 2000’s “Almost Famous,” which lost to “Traffic.”