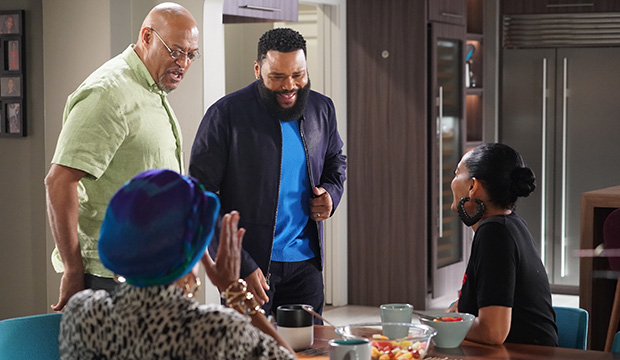 “Black-ish” has quietly been a player at the Emmys in one form or another since it premiered in 2014. Star Anthony Anderson was nominated for the first season, followed by three consecutive years of him, Tracee Ellis Ross and the series all landing nominations. The ABC sitcom was then dropped from Best Comedy Series for its fifth and sixth seasons the past two years, but Anderson has accumulated six consecutive bids in Best Comedy Actor while Ross has four in Best Comedy Actress, with additional mentions for guest acting, costumes and hairstyling along the way. Now, after wrapping its seventh season, “Black-ish” is in a solid position to return to the Best Comedy Series lineup and pull off a comeback like few other shows have done at the Emmys.

Generally speaking, when Emmy voters decide a show is no longer worthy of the top category, they are done with it for good. The last instance of a show earning a comedy series nomination then being snubbed for subsequent seasons only to return to the category later on is “Parks and Recreation,” which got in for its third season in 2011 and seventh and final season in 2015. The extreme turnover from the 2020 race to the 2021 race provides a window of opportunity for “Black-ish.” Of last year’s eight nominees, only “The Kominsky Method” is eligible to return. With seven open slots, shows like “Black-ish” that voters are already comfortable with could rise to the top.

“Black-ish,” which has been renewed for an eighth and final season, is currently in fifth place in our Best Comedy Series odds, behind two buzzy new shows, “Ted Lasso” and “The Flight Attendant,” the aforementioned “Kominsky Method” and one of 2019’s Best Comedy Writing nominees, “PEN15.” Meanwhile, Anderson is firmly planted in third place in comedy actor and Ross is in second in comedy actress. Even Laurence Fishburne is looking to contend in the comedy supporting actor category, residing in ninth place following his short-form Emmy win last year for “#FreeRayshawn.”

The Emmys have increasingly given the cold shoulder to shows that air on the Big Four networks, so they could still be in a weak position even with so many cable and streaming shows not filming or airing new episodes. Yet, like other network shows, “Black-ish” faced the challenge of filming in the middle of a pandemic, which could sway a handful of voters in the TV academy. If any broadcast comedy is able to make it into Best Comedy Series, it will likely be one we know they’re still watching on some level, and “Black-ish” has a proven track record through the years.