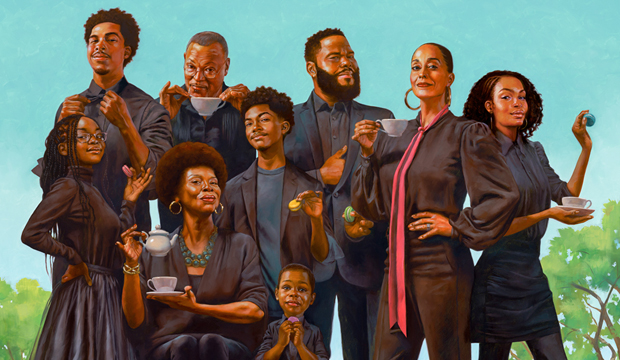 When the 2021 Emmys nominations are announced on July 13, “Black-ish” is expected to return to the Best Comedy Series category after being snubbed the past two years. In addition, series leads Anthony Anderson and Tracee Ellis Ross should hear their names called again in Best Comedy Actor and Best Comedy Actress, per Gold Derby’s predictions. ABC’s beloved family comedy was nominated for the series prize in 2016, ’17 and ’18 before being dropped from that line-up. But thanks to a strong seventh season, “Black-ish” is predicted to make an epic-ish comeback.

Usually it’s somewhat rare for a series to be nominated again in the main category after being dropped, but this year is one for the record books. Almost all of last year’s Best Comedy Series nominees are absent from the current awards derby, either because they ended or due to various delays. Reigning champ “Schitt’s Creek” and “The Good Place” are gone for good, while “Curb Your Enthusiasm,” “Dead to Me,” “Insecure,” “The Marvelous Mrs. Maisel” and “What We Do in the Shadows” will return to the cycle next year. Only “The Kominsky Method” is back to reclaim its slot in this year’s line-up, while “Master of None” is returning after a four-year absence.

“Black-ish” Season 7, which got a later start than usual due to the Covid-19 pandemic, will air its season finale in May. That’s perfect timing for Emmys consideration, as it’ll be top of mind for voters when the 2020-21 eligibility period ends May 31. This year’s episodes tackled such important topics as voting rights, protesting, marijuana and living during a pandemic.

“Black-ish” was previously nominated thrice for the Best Comedy Series Emmy, losing to “Veep” in 2016 and 2017 and “The Marvelous Mrs. Maisel” in 2018. This year “Black-ish” is predicted to be feted alongside shows like “Ted Lasso,” “The Flight Attendant,” “The Kominsky Method,” “Pen15,” “Zoey’s Extraordinary Playlist,” “Master of None” and “Cobra Kai.”