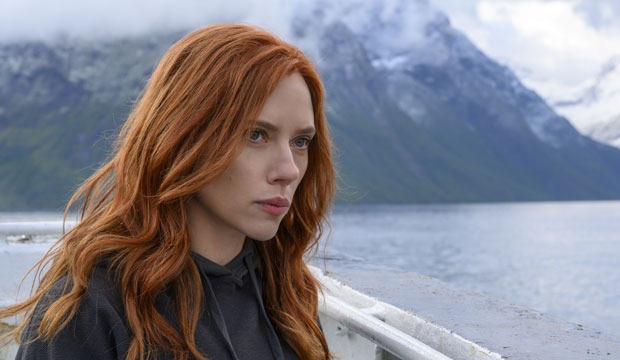 It has been more than a decade since Scarlett Johansson‘s Black Widow joined the Marvel Cinematic Universe in 2010’s “Iron Man 2,” but she has finally gotten a movie to herself, which had an even longer journey to the big screen than originally intended thanks to the COVID-19 pandemic. “Black Widow” was scheduled to open in summer 2020, but movie theater shutdowns put a stop to that. It finally opened on July 9, 2021, simultaneously in movie theaters and with Premier Access on Disney+. Do critics think it was worth the wait?

Almost every Marvel movie has had at least a somewhat positive score on MetaCritic, and in that context the numbers for “Black Widow” suggest a mid-level Marvel entry. It has a score of 68 on that review aggregator based on 49 reviews counted as of this writing: 36 positive, 11 mixed, and 2 outright negative. Over on Rotten Tomatoes, where reviews are classified simply as positive or negative, the film is rated 81% fresh based on 263 reviews, 51 of which are classified as rotten. The Rotten Tomatoes critics consensus says, “‘Black Widow’s’ deeper themes are drowned out in all the action, but it remains a solidly entertaining standalone adventure that’s rounded out by a stellar supporting cast.”

That cast includes Johansson’s family of fellow spies played by Emmy nominee David Harbour (“Stranger Things”), Oscar winner Rachel Weisz (“The Constant Gardener,” “The Favourite”), and Oscar nominee Florence Pugh (“Little Women”). They join Johansson’s Natasha in a story set between the events of “Captain America: Civil War” and “Avengers: Infinity War.” And though the film contains the usual Marvel blockbuster action, critics say it “feels like a human-scale narrative” “that invites you to care about the characters.” It’s “an unexpectedly welcome reminder of why big screens and comic book superheroes go so well together.”

But is it too little too late after waiting years for a female-centered Marvel adventure (which we finally got on the big screen in “Captain Marvel” and then again on the small screen in the 2021 limited series “WandaVision”)? After all, this movie fleshes out the backstory for a character who (SPOILER ALERT for “Avengers: Endgame”) was abruptly killed off two years ago now. As one critic argues, “like Natasha’s senseless, overshadowed death, ‘Black Widow’ leaves you feeling like she deserves better.” Which side do you fall on? And where do you plan on watching the movie: in theaters or at home? Check out some of the “Black Widow” reviews below, and join the discussion on this and more with your fellow movie fans here in our forums.

Leah Greenblatt (Entertainment Weekly): “Her self-titled stand-alone … actually feels like a human-scale narrative, albeit still one where many, many things go boom … If ‘Widow,’ with its winky one-liners and spandexed catsuits, is purely pop feminism, the movie’s female gaze still reads like more than a cynical marketing ploy; it’s one step closer to real, messy life, Marvel-size and amplified.”

Stephanie Zacharek (Time): “Director Cate Shortland has fashioned a picture that invites you to care about the characters, as opposed to just caring about the franchise. The actors seem to know they’re in the hands of someone who knows what she’s doing; even the action sequences, heavily embroidered with CGI, as almost all modern action scenes are, show some human warmth. This is a picture that takes its job seriously without taking itself too seriously.”

Dana Stevens (Slate): “For this theater-loving but generally Marvel-indifferent viewer, ‘Black Widow,’ directed by the Australian indie filmmaker Cate Shortland, was an unexpectedly welcome reminder of why big screens and comic book superheroes go so well together … ‘Black Widow’ is too long, too loud, preposterously overplotted, and slightly headache-inducing — all arguably features and not bugs when it comes to big tentpole blockbusters. But walking out of it I felt like summer had finally — finally! — begun.”

Hoai-Tran Bui (Slash Film): “‘Black Widow‘s’ narrative function is mostly to serve as a bridge between [‘Captain America: Civil War’ and ‘Avengers: Infinity War’], while working backwards to try to fill in the large gaps in her past thanks to the MCU’s spotty characterization of the character. Which all might have been fine and good if the film had come out 10 years earlier. But, just like Natasha’s senseless, overshadowed death, ‘Black Widow’ leaves you feeling like she deserves better.”