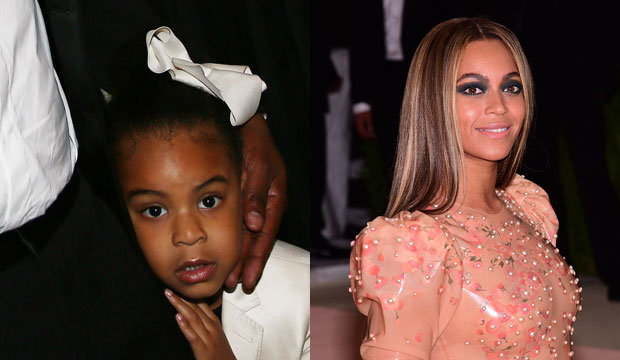 Like mother, like daughter. At the Grammys Premiere Ceremony on March 14, Beyonce won two awards, including Best Music Video for “Brown Skin Girl.” What’s just as significant is that her daughter Blue Ivy Carter also won a Grammy as a credited artist in that video. That makes her one of the youngest winners in Grammy history (though not quite the youngest ever), which is fitting for a child whose parents (Beyonce and Jay-Z) have won almost 50 Grammys combined. Check out the complete list of Grammy winners here.

Carter is nine-years-old, but someone actually won a Grammy when they were even younger: Leah Peasall, one third of the Peasall Sisters, was eight when she claimed Album of the Year as a featured artist on the “O Brother, Where Art Thou?” soundtrack. But while Carter doesn’t hold the all-time record for the youngest winner, she does slide in a full decade ahead of her mother. Not that many artists under 20 have won Grammys, but Beyonce did it in 2001 when she brought home her first two trophies: Best R&B Duo/Group Performance and Best R&B Song for ‘Say My Name” as a member of Destiny’s Child. She was 19 when she achieved that feat.

Of course, that was just the beginning for Beyonce, who went on to become one of the most awarded artists in Grammy history with 26 wins (pending additional trophies she might collect during the prime-time Grammys broadcast). She’s also the most nominated woman of all time with 79. And she’s not even 40-years-old. Blue Ivy Carter just got a head start if she ever hopes to match or exceed her mom, though it’s too early to tell how far she’ll follow in her parents’ footsteps as a recording artist. Still, if this ends up being her only Grammy, it’s not a bad way to start or end your awards career.