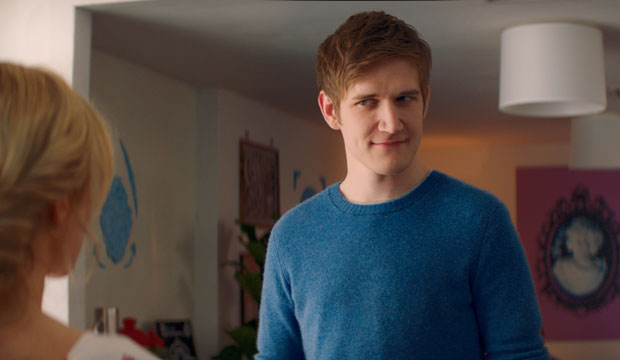 Bo Burnham collected all kinds of honors for writing and directing “Eighth Grade,” including the DGA Award for Best First-Time Feature, the WGA Award for Best Original Screenplay and numerous critics awards. Yet he failed to score an Oscar nomination for writing, which surprised many of us since he was favored by our odds to make the cut. Now Burnham has the potential to make up for that snub, but in an acting category thanks to his work in “Promising Young Woman.”

In “Promising Young Woman,” Burnham plays Ryan, a doctor who starts a relationship with Cassie (Carey Mulligan), whom he previously knew in medical school. Ryan becomes one of the only positive associations with men that Cassie has, though their relationship eventually takes an unexpected turn. Burnham is goofy and charismatic for much of the film, serving as a bit of levity and a foil for Cassie in a film centered on the immense trauma that she is still struggling with years after dropping out of school.

But much like other male characters in the film, Ryan’s nice-guy facade starts to slip away at a certain point, allowing Burnham to display a type of insidiousness we don’t always see in movies. This is where writer-director Emerald Fennell excels in subverting the audience’s expectations. Burnham and other notable male cast members like Adam Brody, Christopher Mintz-Plasse and Sam Richardson aren’t exactly known for playing villainous roles, and their characters don’t even consider themselves to be bad guys, but through Fennell’s deft writing and Cassie’s point of view, they’re as bad as the more stereotypical predators we’re used to seeing.

While Mulligan and Fennell have gotten much of the awards attention for “Promising Young Woman,” Burnham has become a stealth contender too. The multi-hyphenate has landed Best Supporting Actor nominations from four different critics groups — Denver, Indiana, North Dakota and St. Louis. If the love for “Promising Young Woman” continues with industry awards and Mulligan even becomes a front-runner in Best Actress, Burnham could go along for the ride in an open Supporting Actor category.