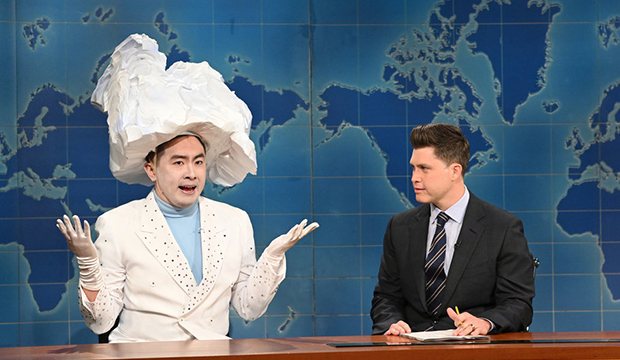 Bowen Yang has made the kind of impact on “Saturday Night Live” that few other featured players have. Over the course of just two seasons, the actor has established a unique presence on the sketch comedy series with viral Weekend Update appearances, hilarious impressions and idiosyncratic creations of his own. And that’s before he’s even been upgraded to the repertory cast. Heading into Emmy nominations voting, Yang now has the potential to make history by becoming the first featured player to earn a nomination in the show’s 46-season history.

From 1976 to 2007, “SNL” cast members were eligible to be nominated in the now-defunct Best Individual Variety Performance category, with one exception being Eddie Murphy‘s supporting actor bid in 1983. During that time, only repertory players were nominated in individual variety performance, from Chevy Chase to Will Ferrell. Starting in 2008, the “SNL” cast competed in the comedy supporting categories, where we’ve seen nominations for Amy Poehler, Kristen Wiig, Bill Hader, Kate McKinnon, Vanessa Bayer, Leslie Jones, Kenan Thompson, Aidy Bryant and Cecily Strong over the years. While each actor started out as a featured player, they had attained repertory status before being nominated.

Despite that history, Yang currently stands a very strong chance of being nominated in Best Comedy Supporting Actor this year, according to the latest Gold Derby odds. With 11/2 odds, he is currently ranked second for a nomination behind castmate Thompson. With Thompson the only person eligible from last year’s lineup, we will see a major overhaul in the final slate. There are expected to be eight slots in this category again and anyone who had an impact over the past TV season like Yang will likely have a leg up.

Additionally, Yang would make history as the first cast member of Asian descent to be nominated and the first openly gay male. Should he be nominated, he could also contend for the win, especially if he submits the Carey Mulligan episode, in which he plays the iceberg that sank the Titanic, or the Maya Rudolph episode, in which he discusses the rise of crime against the AAPI community. Both segments became highly discussed moments as soon as they aired, with major affection thrown his way. Without a glaringly obvious frontrunner in the race, it is possible that Yang could indeed emerge as the mighty yet sensitive iceberg that sinks all other contenders.