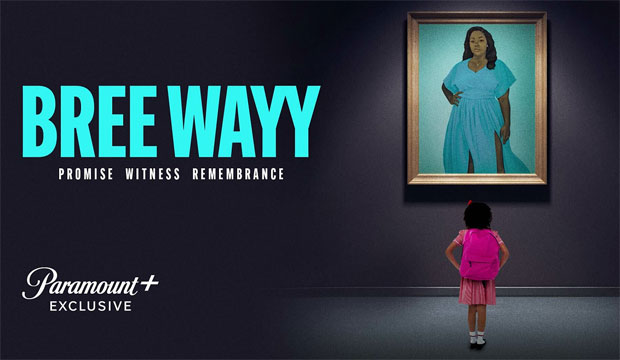 Breonna Taylor became famous for the way she died, but the documentary short “Bree Wayy: Promise Witness Remembrance” explores her legacy from a different angle: through the artwork she inspired. The MTV Documentary Films release played at AFI Fest in November and is currently available to stream on Paramount+.

In March 2020, Taylor was murdered by plainclothes police officers in Louisville, Kentucky, who broke down her apartment door and shot her to death after her boyfriend Kenneth Walker fired a warning shot in self-defense at the unknown intruders. None of the officers involved were charged for killing her, which along with the murders of George Floyd and Ahmaud Arbery — all taking place between February and May of that year — inspired international outrage and worldwide protests in support of Black lives.

“Bree Wayy” starts with her mother, Tamika Palmer, marveling at the paintings she received from artists who were inspired by Breonna Taylor. Eventually the documentary zeroes in on artist Amy Sherald and a portrait she created that became the centerpiece of a “Promise Witness Remembrance” art exhibit in Louisville’s Speed Art Museum that was centered on Taylor. Thus, the film explores how painting, photography, and other forms of art can serve as acts of protest as well as comfort in grief.

The short was directed by Dawn Porter, who was previously nominated for multiple awards including a News and Documentary Emmy for her 2013 miniseries “Gideon’s Army,” about public defenders who represent clients unable to pay for legal counsel. Her 2020 feature documentary “John Lewis: Good Trouble,” about the civil rights-leader turned congressman, earned her a nomination for Best Director at the Critics Choice Documentary Awards. Most recently she won a Gotham Award for Breakthrough Nonfiction Series as a producer of “Philly D.A.,” which followed progressive District Attorney Larry Krasner as he worked to reform the criminal justice system.

So Porter has focused her camera more than once on matters of justice — or injustice. How will the industry respond to “Bree Wayy” in the coming weeks and months as the awards season progresses?