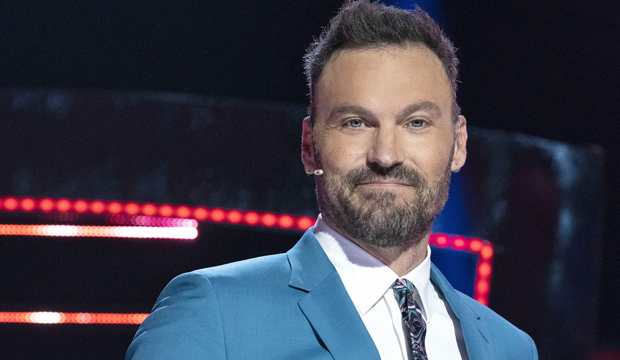 Brian Austin Green is finally on the board with a correct guess on “The Masked Dancer.” After mistaking the Disco Ball for LL Cool J (instead of Ice-T) and the Ice Cube for Bill Maher (instead of Bill Nye), the “Beverly Hills, 90210” star redeemed himself by being the only judge to name Elizabeth Smart as the Moth. Elizabeth made headlines in 2002 after being kidnapped at the age of 14; she later became a best-selling author and a child safety activist. Brian’s savvy guess means he’s one of only two panelists to earn a point in Season 1 — see the updated list below. Did YOU guess her identity at home?

Moth danced to “Sway” by Michael Bublé in this week’s episode and previously hot-stepped to “Boot Scootin’ Boogie” by Brooks & Dunn during her debut performance. Brian initially thought Monica Lewinsky might be hiding behind the Moth mask, but he switched to Elizabeth after learning more of her clues. The other three judges threw out names like Marla Maples, Karlie Kloss, Omarosa, Megyn Kelly, Elisabeth Hasselbeck, Jewel and Kathy Griffin.

Speaking of the clues, Elizabeth’s “word up” teases were “inspired” and “best seller.” News headlines shown in her video packages included “Survivor Speaks!” and “Be Brave. Be Smart.” There were also suggestions to her being involved in a scandal and that she’s now a political activist for children. Brian correctly put all of these clues together, leaving co-judges Ken Jeong, Paula Abdul and Ashley Tisdale in the dust. “I had a feeling about this one,” he said.

Prior to this week, Ken was the only panelist to correctly guess a secret identity on “The Masked Dancer.” It happened at the end of the second episode, when he threw out Bill Nye’s name as the person hiding inside the Ice Cube costume. “This is the happiest day of my life!” Ken shouted when he was proven right. Brian naturally gloated a bit less when he picked Elizabeth Smart.