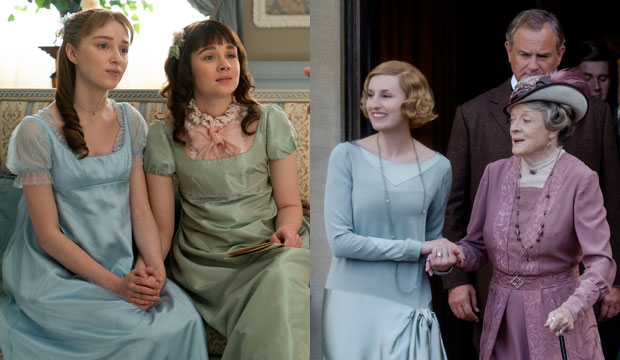 “Bridgerton” premiered on Christmas to strong reviews and lots of attention from viewers: it has consistently been among Netflix’s top 10 streaming programs in the month since its premiere, and it was quickly renewed for a second season. But what about awards? It has a strong chance at the Screen Actors Guild Awards, where it could dominate like another soapy British drama with a large cast: “Downton Abbey.”

“Downton Abbey” reigned over the SAG Awards, winning the prize for the best TV drama ensemble three times in four years (2013, 2015-2016). That placed it just one win behind “ER” as the most awarded cast in the category’s history. It didn’t hurt that the show had such a large cast of actors in lots of group scenes as the upstairs family and downstairs servants maintained the title manor.

SAG voters often gravitate towards such programs that showcase their large ensembles by bouncing their characters off of each other in contained settings. That may be why shows like “Downton,” “ER,” “The West Wing,” “Grey’s Anatomy” (from “Bridgerton” executive producer Shonda Rhimes) and “Mad Men” prevailed while the gigantic cast of “Game of Thrones” never did; “Thrones” told so many disparate stories that many of its actors didn’t interact for years at a time.

“Bridgerton” is more in the “Downton” tradition. It’s full of family drama and romantic intrigue as characters navigate the cutthroat world of high society during dinners, balls and parties. The show also has the advantage of airing on Netflix, whose shows “Stranger Things,” “Orange is the New Black” and “The Crown” have cleaned up in recent years.

These voters love Brits too. In addition to “Downton” and “The Crown,” the guild has awarded the casts of the UK films “The Full Monty,” “Shakespeare in Love,” “Gosford Park” and “The King’s Speech.” So “Bridgerton” is exactly the kind of series these kudos are prone to go for. Now that would give Lady Whistledown something to write about.