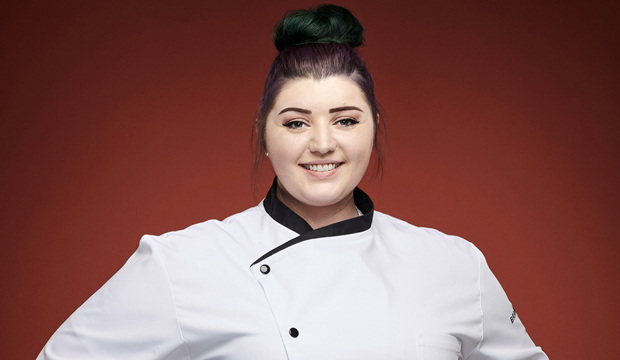 “I was hoping to bring a little bit more to the table and I fell short — it’s heartbreaking,” revealed Brittani Ratcliff after being eliminated by Chef Gordon Ramsay on “Hell’s Kitchen.” During her exit interview at the end of the fourth episode, the 30-year-old executive sous chef added, “The whole experience I’m gonna take back with me. You learn more from failing than you do from winning. If I can get some fresh fish in Kentucky then I’m gonna practice it every day. My family’s gonna be tired of eating fish.”

Brittani had been swimming under the radar for much of this 19th season, until she was assigned to the fish station for the first time in Episode 4. She repeatedly failed at cooking salmon during dinner service, even with Nicole “Nikki” Hanna leaving her own station to try to help her out.

After both teams failed to complete service, Ramsay told them each to give him a pair of names for who they wanted to leave the competition. The Red Team nominated Brittani (for overcooking salmon) and Syann Williams (for burning the flatbread). The Blue Team nominated Marc Quinones (for talking too much) and Peter Martinez (for repeatedly messing up the fish station).

In the end, Ramsay decided that Brittani’s time had come to an end, explaining, “Brittani floundered on the fish station and sank her team, which left me with one option: cut bait.” That made her the fifth person to leave “HK: Las Vegas,” following Kenneth McDuffie, Eliott Sanchez, Fabiola Fuentes and Drew Tingley, the latter of whom had to be medically evacuated due to full-body cramps.

The remaining 13 chef-testants still in the running to join the “Hell’s Kitchen” winners list are: