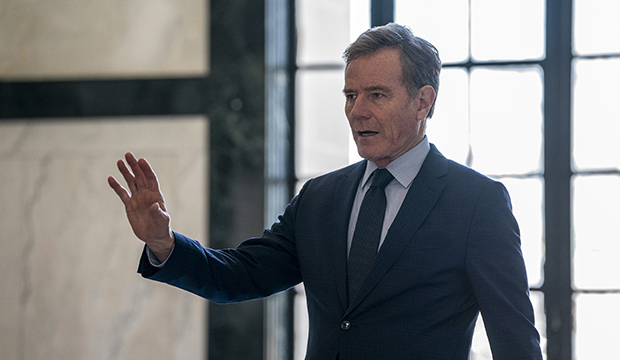 When Golden Globes nominations were announced on Wednesday, one of the many, many surprises was Bryan Cranston’s bid for Showtime’s “Your Honor” in the Best TV Movie/Limited Series Actor category. Though Cranston cracked our predicted top 10 contenders, we didn’t anticipate that he’d beat out the likes of Paul Mescal (“Normal People”), Hugh Jackman (“Bad Education”) and Chris Rock (“Fargo”).

SEE ‘The Crown’ leads 2021 Golden Globes nominations with 6, followed by ‘Schitt’s Creek’ with 5

Even more surprising than Cranston’s bid at the Globes is his shocking snub at the Screen Actors Guild Awards on Thursday. Not only was he better positioned for a nomination at SAG, in sixth place, according to our combined odds, but he has a much better track record with this awards body. Cranston has 12 career nominations at SAG and five victories as an individual or ensemble member for “Breaking Bad,” “Argo” and a shocking upset for “All the Way.”

Now that Cranston has the surprise Globe nomination, how likely is it that he’ll surprise again with a victory? Our very early Globes odds have him ranked last in the race, trailing frontrunner Mark Ruffalo (“I Know This Much Is True”), Hugh Grant (“The Undoing”), Ethan Hawke (“The Good Lord Bird”), and Jeff Daniels (“The Comey Rule”). Cranston doesn’t have the advantage of a good track record at the Globes either. He now has eight nominations from the Hollywood Foreign Press Association for acting, but he only won once, for the final season of “Breaking Bad” (he also won a Globe as a producer on “Breaking Bad” when it won Best Drama Series for the final season).

Though an underdog, Cranston could still pull off an upset. This category in particular seems to lack any decisive frontrunner. Yes, Ruffalo is coming off of his Emmy victory for this role, but the Globes love brand new things and “I Know This Much Is True” might seem like old news. The HFPA may choose to award “The Comey Rule” for its flashier performance — Brendan Gleeson as former President Donald Trump — over Daniels, while “The Good Lord Bird,” like the aforementioned shows including “Your Honor,” missed out on a Best Limited Series/TV Movie bid. Grant has an edge because “The Undoing” earned bids for series, Nicole Kidman and Donald Sutherland, but the buzz for the show is already receding in the rearview mirror after its divisive finale.

Cranston’s series, unlike all the others, is currently airing and is slated to wrap its run on Feb. 14, just two weeks before the Globes hand out their trophies. If the popular show comes to an explosive end and generates a lot of chatter, Cranston could ride that late-breaking buzz to his second acting Globe.