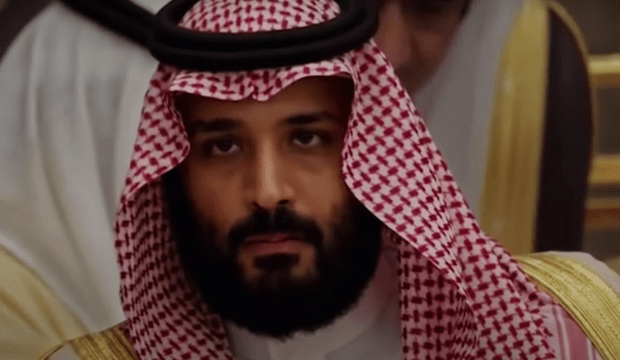 The acclaimed documentary “The Dissident” investigates the 2018 assassination of acclaimed Washington Post journalist Jamal Khashoggi, a critic of the Saudi Crown Prince Mohammed bin Salman. He went into self-imposed exile in 2017 and began writing for the Washington Post. He visited the Saudi consulate in Istanbul, Turkey on October 2, 2018 to obtain papers to marry his Turkish fiancée Hatice Cengiz but never came out. This Briarcliff Entertainment release is a red-hot contender for Best Documentary Feature at the Oscars.

Oscar-winning actor/activist Sean Penn recently interviewed “The Dissident” director Bryan Fogel after a special digital screening. Penn also had planned to do a documentary on the murder — they were actually in Istanbul at the same time interviewing Cenzig and others. But he abandoned the project when he when he learned that Fogel, whom he admires, was also making a documentary.

Fogel told Penn that after “Icarus,” his Oscar-winning 2017 documentary about the Russian sports doping scandal, he felt “an obligation to continue to tell stories of resonance and that I’ve found could have global importance. And in the days following Khashoggi’s disappearance, as the story was unfolding in the press and the media, it seemed like this could be the story. As I started to read Jamal’s writings, it came clear to me that this guy was not the Muslim Brotherhood. He was a moderate. He had left his country basically for freedom of speech and freedom of press and freedom of journalism and literally put himself into self-exile so he could express his voice and his opinion.”

The documentarian approaches his projects knowing “it’s going to take time. I don’t think of it as I’m going to go meet someone and shoot an interview and that’s the end of it. I spent five weeks there the first time and really didn’t shoot anything. It was just day after day meeting with Hatice. I probably met her seven, eight occasions over the period of five weeks and then I probably took 20 different meetings with the Turks. With each one I essentially was saying, ‘I know this is really sensitive.’ And in Hatice’s case ‘I know you’re grieving. I know that this has got to be inexplicable what is going on in your life right now, but if you trust me, if you let me work with you, ‘I will keep at this.”

And he kept at it for 18 months.  During that time, he and Cengiz became like brother and sister. “I watched her grow from someone who didn’t speak English from the day I met her to become truly the only fighter for Jamal’s legacy and for justice for him. I’ve watched her get through this unimaginable loss.”

A to whether he was worried about his own safety, Fogel admitted to Penn that “when you get to know these people and hear their stories, to me I don’t think about my own personal risk or my personal safety because I think these stories are bigger than us, they’re bigger than an individual. So, if I was going about his process constantly worrying about myself, I couldn’t make these films.”