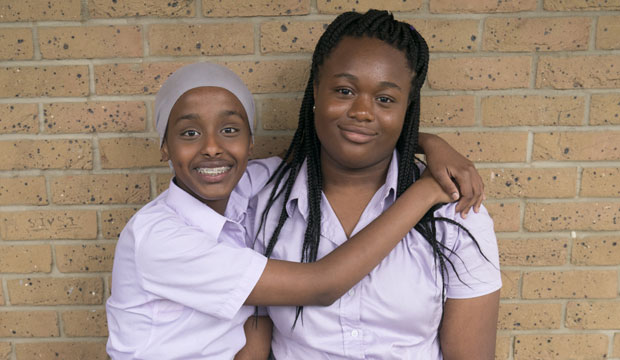 The BAFTAs leveled the playing field this year when deciding their nominations for acting, letting small juries decide the final list of contenders from longlists that had been voted on by the acting chapter of the British academy. As a result, only two Best Actress nominees overlap with the Oscars lineup: Frances McDormand (“Nomadland”) and Vanessa Kirby (“Pieces of a Woman”). But the general voting membership decides the winners, so does that benefit the two high-profile Academy Award contenders? Not necessarily. The Expert journalists we’ve surveyed actually give the edge to Bukky Bakray (“Rocks”).

Bakray plays the title character, a teenage girl taking care of herself and her brother after they’re abandoned and forced to live on the streets. The film has tremendous critical acclaim and ended up with seven BAFTA nominations overall, also including Best Director (Sarah Gavron), Best Original Screenplay, and Best British Film. It wasn’t on the radar of most American awards groups, but it has already won top honors at the British Independent Film Awards.

SEEWill the BAFTAs break their Best Picture curse? They haven’t agreed with Oscars in 7 years

That runs contrary to the combined predictions of all Gold Derby users, where McDormand gets leading odds of 18/5, followed by Kirby (4/1 odds) and Bakray (9/2 odds). McDormand may be at a disadvantage since, of those top three, she’s the only one who’s not British, but she did just win Best Actress three years ago for “Three Billboards Outside Ebbing, Missouri,” so we know the Brits like her. However, with the jury system producing such an eclectic list of nominees, the race could be wide open.