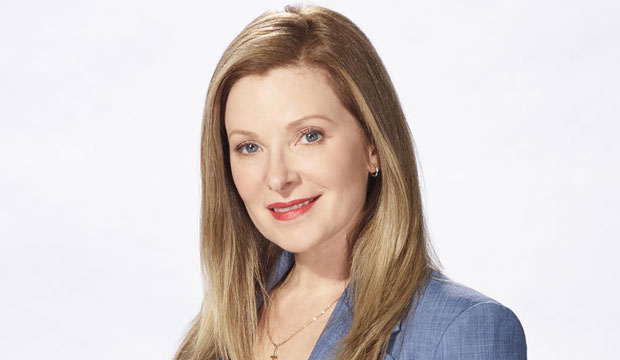 Cady McClain is a soap opera veteran, and now she could collect her third Daytime Emmy in her third different category for her third different soap on a third different network. As of this writing she’s the front-runner for Best Guest Performer for temporarily stepping in as Jennifer Horton on NBC’s “Days of Our Lives,” a role that had been made famous by Melissa Reeves.

McClain is probably best known for her role on ABC’s “All My Children” as Dixie Cooney, for which she earned three Emmy nominations, winning on her first try: Best Younger Actress in 1990. She immediately followed that with another much-loved character: she assumed the role of Rosanna Cabot on CBS’s “As the World Turns” in 2002, for which she received two more Emmy nominations, winning Best Supporting Actress in 2004. She went back and forth between her roles on “AMC” and “ATWT” until both shows were cancelled in the early 2010s.

SEEVictoria Konefal (‘Days of Our Lives’) returns to the Daytime Emmys, and this time we’re predicting she’ll win

Jennifer Horton has been on the “Days” canvas since 1976, but Reeves is the actress most associated with the character. She has been with the show off-and-on since 1985, but when the show returned to production amid the COVID-19 pandemic in 2020, she decided to stay with her family in Nashville rather than return to Los Angeles where the show is filmed. So “Days” hired McClain to pinch-hit for Reeves, and she played Jennifer from October 2020 until February 2021.

It would be ironic if McClain wins the Emmy. Reeves earned two nominations for her performance: Best Younger Actress in 1992 and Best Supporting Actress in 2016. But she hasn’t won yet. With a much longer track record at the Emmys overall but a much shorter period playing Jennifer Horton, McClain could now swoop in to become the first actress to win for the role.