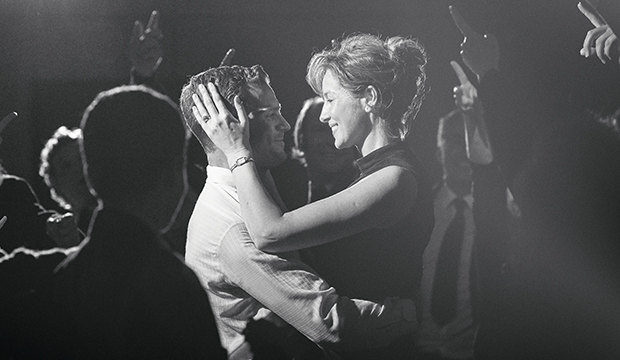 “Belfast” star Caitriona Balfe was rising fast in the Oscar odds after Focus Features confirmed she’ll be campaigned in Best Supporting Actress and a little over a week later, she has cracked the top five.

The “Outlander” star’s climb into fifth place in the overall odds is a wash for “Belfast” though because she displaced her co-star Judi Dench, who’s now in sixth place. “Mass” star Ann Dowd continues to lead the way in first place, followed by Kirsten Dunst (“The Power of the Dog”) in second, Marlee Matlin (“CODA”) in third and Aunjanue Ellis (“King Richard”) in fourth.

As the mother of Buddy (Jude Hill) “Belfast,” Balfe has earned stellar reviews for her performance, with many strongly believing she’s the favorite for the win if she competes in supporting instead of lead. Last week, Focus confirmed Balfe and Jamie Dornan, who plays Buddy’s father, will campaign in supporting alongside Dench and Ciarán Hinds, who play Buddy’s grandparents, while the young Hill will be the film’s sole lead campaign.

If both sets of supporting players make the cut, “Belfast” will be just the third film to earn double supporting bids in each category. But at the moment, it’s only predicted to get the one for Balfe, who has three Experts and four editors backing her to take home the gold. While Dornan has rocketed up the supporting actor rankings himself, he’s currently in ninth place, one spot behind Hinds.

Helping Balfe is the fact that “Belfast” has become a top Best Picture contender. The Kenneth Branagh film has ascended to second place in the Best Picture odds, behind only “The Power of the Dog,” and has been playing well with audiences. This past weekend, it won the Audience Award at the Middleburg Film Festival, a month after it nabbed the same prize at the Toronto International Film Festival.