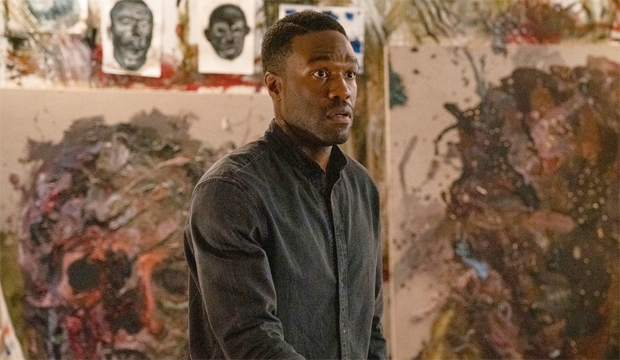 Audiences had no problem saying his name over the weekend. Universal’s horror sequel “Candyman” debuted at number one at the box office, exceeding its initial projections by almost 50 percent and making history for director Nia DaCosta in the process.

“Candyman” grossed an estimated $22.3 million in North America, blasting past its projected target of $15 million. As a result of its success, DaCosta is now the first Black woman to direct a number one debut. (Filmmakers like Ava DuVernay with “Selma” and “A Wrinkle in Time” and Gina Prince-Blythewood with “Love & Basketball” had come close previously, but topped out at the runner-up slot.)

Starring Yahya Abdul-Mateen II and Teyonah Parris, DaCosta’s “Candyman” picks up 30 years after the events of the original 1992 franchise-starter and features original star Tony Todd in a cameo role. Jordan Peele served as executive producer and co-writer on the new film, which Universal had originally set to debut last year before the coronavirus pandemic forced its lengthy delay. Unlike some other offerings at the summer box office, “Candyman” is a theatrical-only feature — its streaming and on-demand debut won’t occur for at least 45 days.

To some extent, exclusivity in the marketplace continued to coincide with ticket sales. In second place for the weekend was “Free Guy,” the Disney release that’s theaters-only. That film dipped just 27 percent from its No. 1 launch and added an estimated $13.5 million to its overall haul. The Ryan Reynolds comedy now stands at $79.3 million in North American grosses.

The third- and fourth-place films at the box office, however, were hybrid releases: “PAW Patrol,” which is also available on Paramount Plus right now, earned $6.6 million in third place for an estimated total gross of $24 million. In fourth, Disney’s “Jungle Cruise,” which is available as a Premier Access title on Disney Plus for an added fee to subscribers, grossed $5 million to top $100 million total at the North American box office. The Dwayne “The Rock” Johnson and Emily Blunt adventure is only the fourth film this year to top $100 million in ticket sales, after “Black Widow,” “F9,” and “A Quiet Place Part II.”

In fifth place, Sony’s “Don’t Breathe 2,” a horror sequel that’s theaters-only, added another $2.8 million to its tally for a grand total thus far of $24.5 million.

Box office: 'DC League of Super-Pets' ends July at #1 but with just $23 million

Box office preview: Can Jordan Peele's 3rd movie 'Nope' build on the promise of 'Get Out' and…

Box office: 'Where the Crawdads Sing' over-performs while 'Paws of Fury' disappoints

Box office preview: Will 'Crawdads' or 'Paws of Fury' have any kind of impact on a thriving movie…

Box office: 'Top Gun: Maverick' skyrockets to $600 million, only 12th movie ever to do so