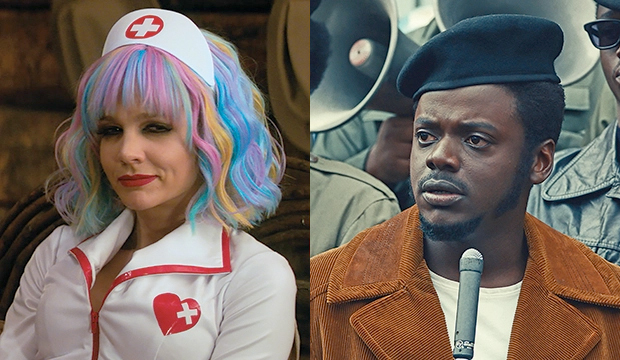 Carey Mulligan, Best Actress nominee for “Promising Young Woman,” became the latest Oscar contender to show off her comedic chops when she hosted “Saturday Night Live” on April 10, just two weeks before the Academy Awards air on Sunday, April 25 on ABC. The sketch comedy series has become a regular stop on the campaign trail for Oscar hopefuls, including Best Supporting Actor nominee Daniel Kaluuya (“Judas and the Black Messiah”) the week prior. But does this risky strategy (which could result in an actor bombing on live TV) pay off?

Louis Gossett Jr. became the first of 14 Oscar winners to include “SNL” on his road to Oscar glory when he hosted nearly 39 years ago. He only appeared in four sketches in that October 2, 1982 episode, but he claimed victory six months later when he took home Best Supporting Actor for playing Gunnery Sergeant Emil Foley in “An Officer and a Gentleman.” Still, this didn’t become the norm until the 2000s, when Oscar campaigns started heating up with actors willing to become a punchline for some added exposure before the biggest night in Hollywood.

But does having a laugh live from New York actually increase an actor’s odds at winning? It seems to. Since 2011 there have been 11 Oscar contenders host “SNL” and the majority, as noted above, have gone on to take home a golden statuette. Unsuccessful attempts were made by “Marriage Story” leads Adam Driver and Scarlett Johansson last year along with Saoirse Ronan (“Ladybird”) in 2017 and Melissa McCarthy (“Bridesmaids”) in 2011.

Of course there are variables in each instance that can’t really prove whether or not hosting “SNL” gave someone the momentum needed to win an Oscar. But for Mulligan, the timing couldn’t be better. She’s barely holding on to her front-runner status after losing the Golden Globe to Andra Day (“The United States Vs. Billie Holiday”), the SAG Award to Viola Davis (“Ma Rainey’s Black Bottom”) and the BAFTA to Frances McDormand (“Nomadland”). It may not move the needle much, but the exposure Mulligan receives in the midst of Oscar voting may be just what she needs to push her across the finish line. For Kaluuya, it seems more like a fun victory lap after he swept every major precursor award for his portrayal of Black Panther Party Chairman Fred Hampton.