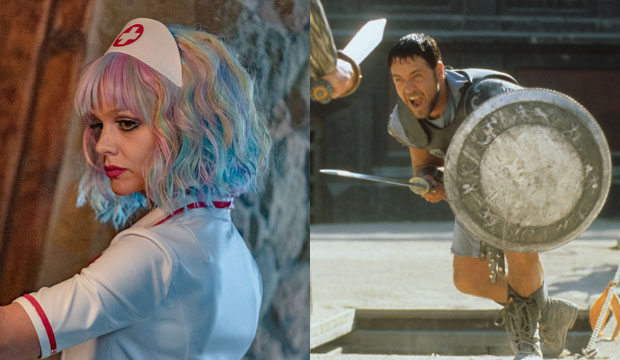 Just two months ago, things were looking very promising for Carey Mulligan‘s chances in the Best Actress Oscar race for “Promising Young Woman.” But while she did manage to win the Critics Choice Award for her performance as a revenge-seeking woman traumatized by an event in her past, she surprisingly lost the Golden Globe to Andra Day for “The United States vs. Billie Holiday” and most recently lost the SAG Award to Viola Davis for “Ma Rainey’s Black Bottom.” Mulligan didn’t even receive a BAFTA nomination for Best Actress despite her film being a Best Picture contender there (the British academy decided their acting races using a new jury system that likely explains her absence). So what could this mean for her Oscar chances moving forward? With the way things are going in the Best Actress race this year, one has to wonder if it could end up being similar to how scattered Best Actor was going into the 2000 Oscars.

At the Golden Globes that year, Tom Hanks won Best Film Drama Actor for “Cast Away,” while George Clooney (who was snubbed by the Oscars) won Best Film Comedy/Musical Actor for “O Brother, Where Art Thou?” Then at the SAG Awards, Benicio Del Toro won the lead actor prize for “Traffic” despite going on to win the Oscar for that movie in the supporting category. And at the BAFTAs (in the first year that they took place before the Oscars), Jamie Bell won Best Actor for “Billy Elliott” despite too being ignored by the academy. After all that, Hanks was looking good in pundits’ final predictions. Yet the award went to Russell Crowe (“Gladiator”), who only had one major win beforehand, from the Critics Choice Awards.

So could Mulligan win the Oscar with that same trajectory? Crowe benefited from the abundant support for “Gladiator” as it ended up being the Best Picture winner of 2000, while Hanks’s “Cast Away” only had one other Oscar nomination, for Best Sound. Similarly, Mulligan is in a Best Picture nominee, unlike Davis and Day, so for academy members, “Promising Young Woman” might be higher on their lists than “Ma Rainey’s Black Bottom” and “The United States vs. Billie Holiday.” Also, Crowe hadn’t won an Oscar yet when “Gladiator” came around, whereas Hanks had already won two Oscars and voters might have been hesitant to award him three times in less than 10 years. Similarly, Mulligan hasn’t won an Oscar yet, while Davis prevailed just four years ago for “Fences.”

It also does help that Mulligan just hosted “Saturday Night Live” this past weekend, which should boost her profile. Not to mention that “Promising Young Woman” is currently predicted to win Best Original Screenplay at the Oscars, so voters may not want to award the film there without also awarding its titular star.