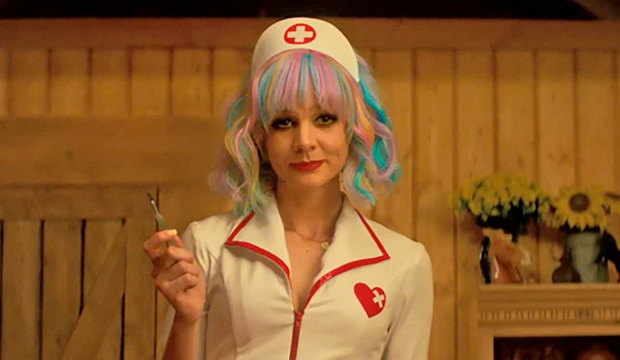 This year’s Best Actress race has turned into a whirlwind like we haven’t seen in decades. I’ll admit that this has caught me seriously off guard, especially since I confidently declared Carey Mulligan in “Promising Young Woman” the obvious winner back in February. First, Mulligan fell to Andra Day in “The United States Vs. Billie Holiday” at the Golden Globes. Then Viola Davis in “Ma Rainey’s Black Bottom” toppled her at the SAG Awards. And now Frances McDormand in “Nomadland” has claimed the BAFTA, where previous BAFTA winner (for 2009’s “An Education”) Mulligan wasn’t even nominated. Trying to make sense of this sheer madness is an education in itself.

But rather than panic over your Best Actress prediction, I urge you to relax. Calm down. Take a deep breath. As topsy-turvy as the derby has been, the end result won’t change. Here are five reasons why Carey Mulligan is still on track to win the Best Actress Oscar for “Promising Young Woman.”

1. It’s the performance that has the most passion behind it.
This passion is why Mulligan took the lead in the odds not long after the film was released. Her work is seen as the most original and daring performance by an actress this year, and would have failed in the hands of a less skillful and intuitive thespian. Her intense acting is also the centerpiece of “Promising Young Woman,” whose promise would never have been fulfilled had the wrong actress been cast. Sure, Mulligan was overcome by Davis at the recent SAG Awards. But that was just a case of an extremely popular hometown actress having a more theatrical role in a streaming film that had been seen by more of the SAG membership. (Remember, I warned last month that Davis would surprise at SAG.) The academy makeup is quite different from SAG, and the genuine passion for “Promising” will pay off for Mulligan. This leads me to my second point.

2. “Promising Young Woman” is a potent Best Picture nominee.
The film scored an impressive five noms, hitting all the key categories: Picture, Director, Actress, Screenplay and Film Editing. Recognition in these key areas demonstrates the strength of the film, and it’s perhaps a more serious threat to take the top trophy than most people realize. But even if it doesn’t, the support for the picture benefits Mulligan, whose key opponents aren’t in vehicles nearly as popular. “Ma Rainey” missed Best Picture, and “Billie Holiday” generated only a single bid. Voting for Mulligan as Best Actress is the easiest way to honor her film. Also, keep in mind that with Chadwick Boseman looking like a slam dunk for “Ma Rainey,” it’s not as important to also reward recent Oscar champ Davis (Best Supporting Actress for 2016’s “Fences.”) And unless academy members are truly blown away by Day, they may be reluctant to vote for a singer-turned-actress making her big screen debut in what’s seen as just a so-so film. As for McDormand, even her most loyal fans acknowledge that this is hardly the most challenging role of her career, and not quite worthy of a third Best Actress Oscar. So even if “Nomadland” takes Best Picture, “Promising Young Woman” nabs the Best Actress prize.

3. Davis and Day will split the vote.
I know that Davis and Day are both viable contenders, and the most formidable threats to Mulligan. But as they’re both playing singers in 20th century period pictures set around show business, there’s simply no way that they won’t effectively cancel each other out. SAG recipient Davis has the advantage of being highly respected by the academy. Globe honoree Day gets bonus points for portraying a famous person plus doing her own singing. So which one has the edge? Even their biggest admirers will agonize over the decision. And with a divided electorate, it will be extremely difficult for either one to obtain a plurality. If you’re not convinced, let me explain this in another way. Both Davis and Day have surged in the Gold Derby odds in recent days, as Mulligan’s odds have dropped. But Mulligan still leads – because she still has more backers than either of the other two. The academy tally will likely be similar. There may be more overall votes for Davis or Day combined, but when you separate them – they’ll both trail Mulligan. Mull that over before ditching Carey for Viola or Andra.

4. She’ll get the international vote.
There’s a huge British voting bloc in the academy, and they have made the difference in many close Oscar races. Consider Olivia Colman in “The Favourite” upsetting the heavily favored Glenn Close in “The Wife.” Or Mark Rylance in “Bridge of Spies” taking down heavyweight Sylvester Stallone in “Creed.” Mulligan is practically royalty in the United Kingdom, and those British members will be united in backing her. Furthermore, the academy has more overseas constituents than ever before, and they may be inclined to go for Mulligan over assorted American talents. That international vote could help Carey carry the day.

5. She benefits from being the dark horse.
As she was considered the early frontrunner, it’s been something of a shock to see Mulligan stumble at so many of the precursor awards. But that actually helps her in this case. This is a rare instance where academy members don’t have to rubberstamp the choice of the HFPA, SAG or BAFTA. They can do whatever they want. With Boseman in “Ma Rainey” and Daniel Kaluuya in “Judas and the Black Messiah” looking like locks, and even Yuh-Jung Youn in “Minari” starting to seem solid, voters can stray from the path and pick their own fresh and (mostly) unheralded person for Best Actress. That makes Carey Mulligan a most promising young woman, headed for awards revenge in this year’s wild and wacky race for the Best Actress Oscar.