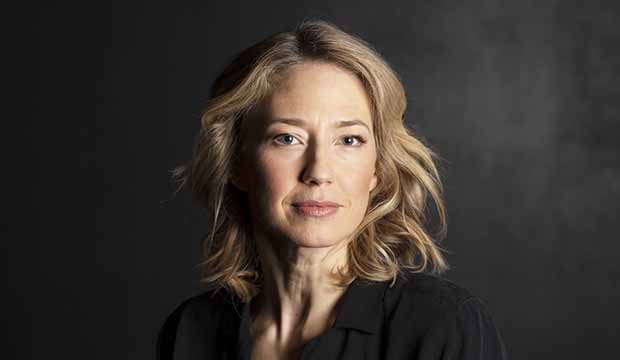 This year’s Oscar race for Best Actress may be shaping up to be a battle between former nominees and winners, but numerous potential first-time nominees could be nipping at their heels, like “The Nest” star Carrie Coon. The actress has been a critics darling for the IFC release, collecting Best Actress nominations from the Chicago, Florida and Indiana critics on top of the Gotham Awards.

Coon creates one of the most complex characters of the year as Allison, an American horseback riding teacher who moves with her family to a creaky English country house. While there are early indicators that there is strain within Allison’s family, it isn’t until they’ve settled into their new home that tensions fully come to the surface, especially between her and her husband Rory (Jude Law). Coon is riveting as she becomes frustrated by Rory’s empty promises while also grieving for a beloved horse who has passed away. Much of the film is framed from Allison’s point of view, and Coon’s watchful eyes draw you in as she observes the dysfunction around her.

While the competition is continuing to tighten, those who aren’t as impressed by the frontrunners could find something special in Coon’s nuanced performance. As RogerEbert.com raves, Coon gives “as grounded, nervy, vulnerable, and technically flawless as any we’ve seen from more established actresses.” While Allison has a level of glamour to her, “The Atlantic” observes, “Coon communicates her underlying anxiety and insecurity.” Adds “The Hollywood Reporter,” Coon displays the “phenomenal range” that fans of “The Leftovers” saw for three seasons.

At this stage in her career, an actress like Coon is ripe for a nomination sooner rather than later. She landed an Emmy nomination for the third season of “Fargo,” had a standout supporting role in “Gone Girl” and delivered one of the best performances of the decade on “The Leftovers.” Even if she doesn’t end up getting that deserved Oscar attention, though, she could very easily earn a nomination from the Independent Spirit Awards. That organization was very kind to director Sean Durkin‘s previous film, “Martha Marcy May Marlene,” and the challenging work Coon is putting into this role is of a type they tend to prefer.