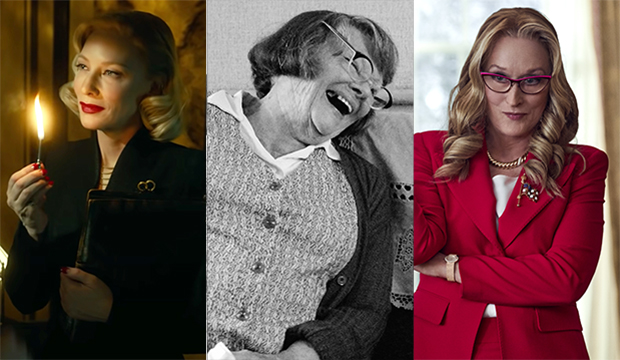 The Best Actress lineup of 2013 consisted of five actresses who have continued to have thriving careers in film. Cate Blanchett won the Oscar for her performance in “Blue Jasmine,” beating an all-star lineup of Amy Adams (“American Hustle”), Sandra Bullock (“Gravity”), Judi Dench (“Philomena”) and Meryl Streep (“August: Osage County”). Eight years later, all of them have are contenders again at the upcoming Oscars, with three of the five emerging as very likely nominees.

The reunion would be in Best Supporting Actress this time around, where Blanchett (“Nightmare Alley”), Dench (“Belfast”) and Streep (“Don’t Look Up”) are among the top 10 likely nominees, according to our latest odds. Blanchett currently stands the best chance in seventh place, followed by Dench in eighth and Streep in 10th. It would be foolish to bet against any of them considering their Oscar resumes; Blanchett and Dench have amassed seven nominations apiece while Streep has the all-time record at 21, with six wins between all three of them.

Among the three, only Dench’s film has been released in theaters, with “Nightmare Alley” and “Don’t Look Up” slated to open Dec. 17 and 10, respectively, with the latter arriving on Netflix on Christmas Eve. “Belfast” centers on a young Irish boy (Jude Hill) who grows up during tumultuous times, with Dench playing the boy’s grandmother. While she has a relatively small role, Dench does have impactful moments, including the last line of the film. With “Belfast” being predicted as an across-the-board contender, Dench has a strong shot at her eighth Oscar nomination.

As for Blanchett and Streep, both are playing baity roles in ensemble films from directors towards whom the Oscars have recently shown a lot of love, Guillermo del Toro and Adam McKay. In “Nightmare Alley,” Blanchett plays Dr. Lilith Ritter, a dangerous psychiatrist who seduces a carny, played by Bradley Cooper. Streep costars in “Don’t Look Up,” Janie Orlean, the president of the United States, who is confronted with news that a meteor is about to destroy the planet. Blanchett also happens to have a role in “Don’t Look Up” as a news anchor.

Beyond this trio, Adams and Bullock are among long-shot possibilities for nominations. Adams has two films this year, “The Woman in the Window” and “Dear Evan Hansen” while Bullock stars in the upcoming Netflix film, “The Unforgivable.”

PREDICTthe 2022 Oscar nominees and other awards shows
Oscar odds for Best Supporting Actress
Who will be nominated?