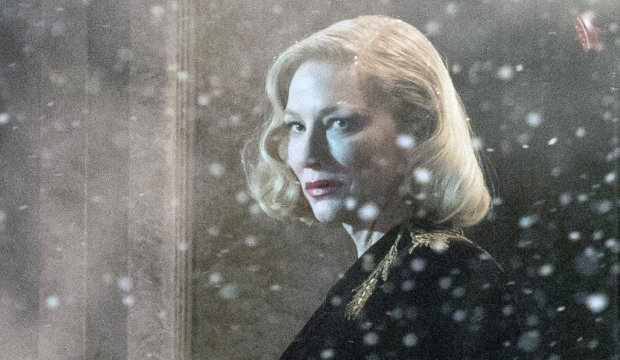 The academy has always been kind to villainous characters. Mo’Nique (“Precious”) and Allison Janney (“I, Tonya”) won Best Supporting Actress Oscars for playing dastardly dames. Others who contended in that category recently for such roles include Amy Adams (“The Master”),  Jennifer Jason-Leigh (“The Hateful Eight”), Meryl Streep (“Into the Woods”) and Rachel Weisz (“The Favourite”). Two-time champ Cate Blanchett (“The Aviator,” “Blue Jasmine”) could continue the trend this year with her role as the duplicitous femme fatale Lilith Ritter in Guillermo Del Toro’s upcoming neo-noir mystery thriller “Nightmare Alley.”

Searchlight Pictures describes this remake of the 1947 film noir classic thus: “When charismatic but down-on-his-luck Stanton Carlisle (Bradley Cooper) endears himself to clairvoyant Zeena (Toni Collette) and her has-been mentalist husband Pete (David Strathairn) at a traveling carnival, he crafts a golden ticket to success, using this newly acquired knowledge to grift the wealthy elite of 1940s New York society. With the virtuous Molly (Rooney Mara) loyally by his side, Stanton plots to con a dangerous tycoon (Richard Jenkins) with the aid of a mysterious psychiatrist (Cate Blanchett) who might be his most formidable opponent yet.” “Nightmare Alley” hits theatres on December 17.

Based off of the impressive footage from the teaser trailer, the film is likely to reap numerous nominations below-the-line for its transportive production design, sumptuous costumes and hypnotic cinematography. Besides Blanchett, leads Cooper and Mara and featured players Jenkins and Willem Dafoe are drawing buzz for their performances in the film. Don’t be surprised if the nomination tally for “Nightmare Alley” enters the double digits. Del Toro’s last film, “The Shape of Water,” reaped a remarkable 13 Oscar bids. It won four of those races including both Best Picture and Best Director for the Mexican visionary.

Blanchett is certainly a favorite of the actor’s branch, having reaped a lucky seven Oscar bids to date. Just days after it was confirmed that she will be campaigning in supporting, Blanchett has skyrocketed into the top 10 of our combined odds. She would join a very exclusive club with a win joining the likes of Meryl Streep, Daniel Day Lewis and Frances McDormand with three Oscars to her name.

Will all 10 Best Picture nominees win at least one Oscar?