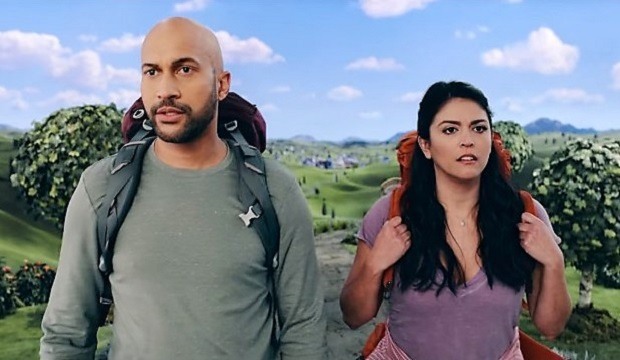 Cecily Strong has gotten to show off her musical chops on “Saturday Night Live” before, but the Apple TV+ series “Schmigadoon!”, released this past summer, is an even greater showcase. The actress plays Melissa Gimble, a doctor on a retreat with her boyfriend (Keegan-Michael Key) in the hope of fixing their relationship. They ultimately stumble into the magical town of Schmigadoon, which is seemingly stuck in a movie musical from the Golden Age of Hollywood, where they can only leave if they find true love. The series gives Strong plenty of opportunities to sing and dance, while also giving viewers a chance to see the sketch comedian inhabit a character with sincerity.

Through the comedy’s six episodes, Strong toes the line between wonder and realism, expressing Melissa’s love of old musicals while also acknowledging how unrealistic and dated they can be. She also proves to be a charming rom-com heroine, getting involved with multiple men in town as she tries to work through her relationship with her boyfriend. Considering “SNL” typically has Strong playing outrageous characters both real and fictional, it is refreshing to see her as the person reacting to the craziness around her, while still providing that signature Strong style.

Strong is now in the hunt for her first Screen Actors Guild Award nomination, competing in the Female Comedy Actor category. She may be a likelier candidate than people think in this highly competitive field. Strong is now a two-time Emmy nominee for her work on “SNL” and is just coming off a viral segment, in which she made reference to her past abortion. She also just released a memoir titled “This Will All Be Over Soon.”

SEETribulation! Don’t underestimate the ‘Schmigadoon!’ ensemble at the SAG Awards