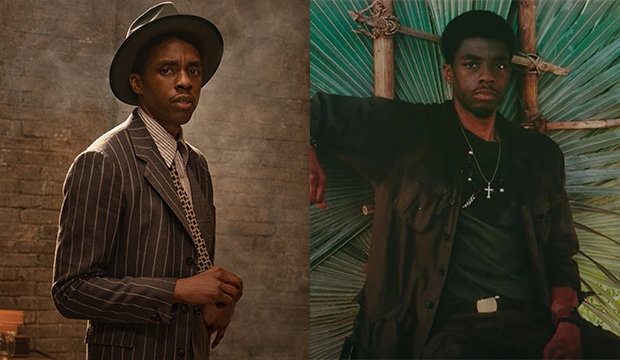 Just like Beyonce and Jay-Z, four is the magic number for the Screen Actors Guild Awards this year. Nominations will be announced on Feb. 4 and the ceremony will be held on April 4 (which is also Bey and Jay’s wedding anniversary). And if our odds turn out to be correct, Chadwick Boseman will go into the record books as the first person to earn four nominations for film in a single year.

Boseman is in contention for the final two films of his too-short career, “Da 5 Bloods,” which came out two months before his death in August from colon cancer, and “Ma Rainey’s Black Bottom,” which was released in December. He’s in first place in the lead actor odds for “Ma Rainey” and in third place in supporting for “Da 5 Bloods.” “Ma Rainey” and “Da 5 Bloods” are both expected to score ensemble nominations — the former is in second place and the latter is in fourth, trailing frontrunner “The Trial of the Chicago 7” — which would give Boseman a grand total of four bids.

People have nabbed four SAG nominations in one year before — but they were for film and TV. Sixteen years ago, Jamie Foxx was shortlisted three times on the film side, in lead actor for “Ray,” which also received an ensemble bid, and in supporting for “Collateral.” His fourth nomination came for his turn in the TV movie “Redemption: The Stan Tookie Williams Story.” Foxx won the lead category for “Ray” en route to the Oscar. And eight years ago, Maggie Smith earned individual and ensemble bids for “The Best Exotic Marigold Hotel” and “Downton Abbey,” winning ensemble for the PBS series.

If Boseman falls short of four, getting three film nominations in one year is quite common — Julianne Moore has done it twice, and three people did it last year, Al Pacino, Margot Robbie and Boseman’s Marvel co-star Scarlett Johansson. In fact, Johansson was a “Marriage Story” ensemble nomination away from four after snagging individual bids for the divorce drama and “Jojo Rabbit,” along with an ensemble one for the latter.

Here are the people who’ve earned three film nominations in one year:

Except for Mirren, all of these people ended up receiving at least one Oscar nomination; Moore (2002), Foxx and Johansson got matching double Oscar nominations. So this bodes well for Boseman, who is the Best Actor Oscar frontrunner and is in fifth place in the supporting actor race. Only Foxx and Ali won Oscars in the end.

Boseman looks the safest to take home the lead actor SAG Award — he’s been out front nearly all season and has only increased his lead over No. 2 Anthony Hopkins (“The Father”) since “Ma Rainey” premiered. In the supporting race, he’s behind Leslie Odom Jr. (“One Night in Miami”) and Sacha Baron Cohen (“The Trial of the Chicago 7”), both of whom are also the top two favorites for the Oscar.

If Boseman earns four nominations, it’ll bring his career total to five. He previously won ensemble as part of the “Black Panther” (2018) cast.