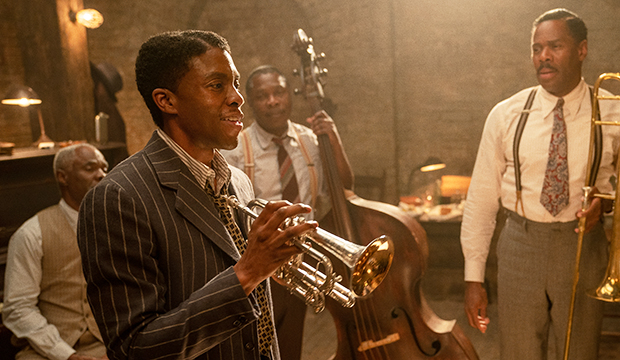 One of the surprises on Oscar nomination morning was “Ma Rainey’s Black Bottom‘s” snub in Best Picture. That Netflix film still received five nominations, including in Best Actor for heavy favorite Chadwick Boseman. If the late star does prevail as widely expected, it’ll be the first time in 11 years that the Best Actor champ’s film was not a Best Picture nominee.

Jeff Bridges was the last Best Actor winner whose film, 2009’s “Crazy Heart,” was not up for the top prize. That was also the first year of the expanded Best Picture era, so there’s precedence for a win under these circumstances. In this century, the only other winners who fall under this bill are Denzel Washington for 2001’s “Training Day” and Forest Whitaker for 2006’s “The Last King of Scotland,” the latter of whom is the most recent of five men to win Best Actor as his film’s sole nomination.

“The King’s Speech” (2010) and “The Artist” (2011) are the most recent to pull the Best Picture-Best Actor double. “The Revenant” (2015) arguably came the closest to achieving that since then, with Leonardo DiCaprio finally snagging his little gold man, but the movie lost the big one to “Spotlight.” “Million Dollar Baby” (2004) is the last to claim Best Picture and Best Actress. Since then, there have been six Best Actress winners from non-Best Picture nominees, the most recent being reigning champ Renee Zellweger for “Judy.”

Boseman, who died in August following a secret battle with colon cancer, wound up being the only nominee in his lineup — Riz Ahmed (“Sound of Metal”), Anthony Hopkins (“The Father”), Gary Oldman (“Mank”) and Steven Yeun (“Minari”) are the others — who doesn’t hail from a Best Picture nominee. Still, that shouldn’t have much, if any, bearing on his chances. You can argue that if anyone’s upset about “Ma Rainey’s” Best Picture snub, they might feel more inclined to vote for him if they weren’t planning to already. All the momentum and sentiment is behind the actor following his Golden Globe and Critics Choice Awards victories, and he’s positioned to sweep the whole season.

Whitaker swept his season, while Bridges won everything except the BAFTA, losing to Colin Firth for “A Single Man,” and Washington only won the Oscar. That was a wild year in which Russell Crowe, going for back-to-back wins, had pocketed everything else for “A Beautiful Mind” but then infamously assaulted a BAFTA producer for editing his speech, and there was a growing push for Washington to win a Best Actor Oscar that culminated with both lead awards going to Black performers for the first time. At this point, there’s not much reason to think Boseman won’t emulate Whitaker; he’s the favorite at the Screen Actors Guild Awards, where he earned a record four film bids, the BAFTAs and the Oscars in the very early odds.