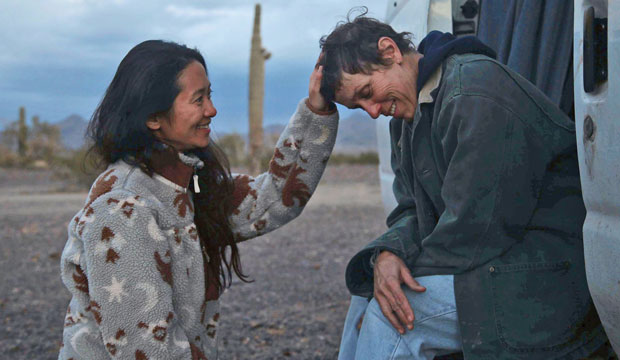 Chloe Zhao became just the second woman to ever win Best Director at the Academy Awards and the first woman of Asian descent to take home an Oscar in the category for her widely acclaimed work on “Nomadland.”

Zhao made history throughout awards season — winning Best Director honors from nearly every single precursor ceremony, including the Golden Globes, Critics Choice Awards, Directors Guild Awards, BAFTA Awards, and Spirit Awards. She was the first BIPOC woman ever nominated for Best Director at the Oscars.

In addition to her historic win, Zhao also hit the Oscars record books with four overall nominations, the most ever for a woman in a single year. Zhao was also nominated for Best Adapted Screenplay (which she lost to Florian Zeller and Christopher Hampton for “The Father”), Best Editing, and as a producer of “Nomadland” in the Best Picture category. With two more chances before the night ends, Zhao could tie Fran Walsh for the most Oscars ever won by a woman in one ceremony. Walsh took home three Academy Awards at the 2004 show for her work on “The Lord of the Rings: The Return of the King.”

In the Best Director category, Zhao is the first woman to win since Kathryn Bigelow won for “The Hurt Locker” at the 2010 ceremony. She defeated Lee Isaac Chung, Emerald Fennell, David Fincher, and Thomas Vinterberg for the honor.

Oscars hindsight is 20/20: Why we should have called that Frances McDormand upset for Best Actress