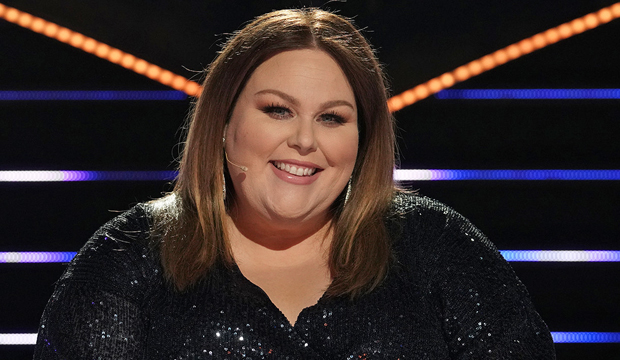 The upcoming Wednesday, May 5 episode of “The Masked Singer” will welcome a new face at the judging panel: Chrissy Metz. The “This Is Us” star officially makes her first appearance as a guest judge alongside regular celebrity sleuths Robin Thicke, Ken Jeong, Jenny McCarthy and Nicole Scherzinger. She’ll watch performances from the Spicy Six, aka Robopine, Russian Dolls, Yeti, Black Swan, Chameleon and Piglet, and then the lowest vote-getter will be eliminated from the competition and forced to unmask in front of America.

While Metz is mostly known for her acting abilities, she is also a singer and is the lead vocalist in her band Chrissy and the Vapors. At the 2020 Oscar ceremony, Metz stepped onto the biggest stage in the world and sang “I’m Standing With You” from the movie “Breakthrough” in which she starred. Though Metz’s performance was universally praised, this Diane Warren-penned song lost the trophy later that night to “(I’m Gonna) Love Me Again” (“Rocketman”). Watch the Oscars flashback video below.

Metz rose to fame on “This Is Us” as a member of the Big Three with Sterling K. Brown and Justin Hartley, a trio of siblings who grew up together in the 1980s. Her character Kate Pearson has dealt with weight loss issues her entire life, which viewers see play out in both the present day story and in flashbacks with her parents Jack (Milo Ventimiglia) and Rebecca (Mandy Moore). In the current fifth season of NBC’s family drama, Kate and husband Toby (Chris Sullivan) adopt a baby during the Covid-19 pandemic.

“The Spicy Six – The Competition Heats Up” airs May 5 on Fox. Which of the final half-dozen contestants do you think will go the distance and win the Golden Mask on Season 5 of “The Masked Singer”? There’s still time to update your predictions before Wednesday’s show.