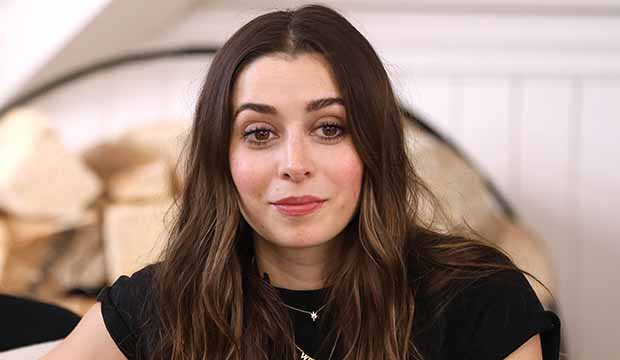 Cristin Milioti is on a roll. The Tony-nominated actress (“Once”) went on to display her range in both TV comedy (“How I Met Your Mother”) and science-fiction (“Black Mirror”). After impressing film critics in last year’s time-loop sci-fi comedy “Palm Springs” she has returned to television and delivers her best performance to date as the beleaguered housewife in the HBO Max series “Made For Love.”

Hazel Green is a one-time grifter who would seem to have hit the jackpot by marrying tech billionaire Byron Gogol (Billy Magnussen). But Byron’s technology, which has funded her luxurious lifestyle, has now been turned on her — her husband has implanted in her brain a microchip, innocently named Made for Love, that will track her every move and constantly gauge her emotional state of mind. Indeed, Hazel has become a prisoner in her own mansion.

What could have been the premise for a horrifying thriller is strictly played for laughs in “Made for Love,” thanks in large part to Milioti’s bold approach to the role. Hazel’s complete frustration at her doomed attempts to escape and assert her independence is skillfully brought to life by Milioti in a way that’s both hilarious and instantly relatable to an audience.

Critics took note, as well, as Milioti’s performance has been called “terrifically sly” by Nina Getz of the Chicago Tribune and “dynamic and winning” by Alan Sepinwall of Rolling Stone, with Brian Tallerico of RogerEbert.com noting that Milioti “brings her A-game” and Ben Travers of Indiewire raving that “her versatility can’t be overvalued.”

The Emmy race for Comedy Actress looks to be especially competitive this year, but the hilarious desperation brought to life in Milioti’s work in “Made for Love” helps it to stand apart from the pack and will likely bring a smile to the face of even the most jaded Emmy voter.