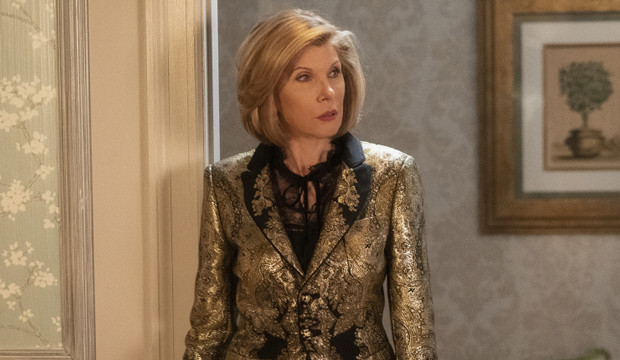 Few television performances have grown as richly as Christine Baranski’s as attorney Diane Lockhart. Now in her 12th season of playing liberal feminist Diane – first on CBS’ “The Good Wife” and now on the Paramount+ spinoff “The Good Fight” – Baranski continues to unearth newfound complexities in her signature role but has yet to earn a Screen Actors Guild Award nomination for her performance. For SAG voters, the show’s shocking and incisive fifth season should prove the ideal opportunity to recognize her for her work for the very first time.

In the fifth season of the legal and political drama, Baranski’s Diane must navigate a thorny situation surrounding her named partnership at a Black law firm now that Adrian Boseman (Delroy Lindo) has resigned. Though Diane and fellow named partner Liz Reddick (the equally impressive Audra McDonald) have become close colleagues, they disagree about the appropriateness of Diane leading an African American firm. Diane’s inner turmoil reaches a shocking head in the episode “And the Two Partners Had a Fight…,” in which Diane leverages her wealthy (and racist) white clients against the firm in order to remain in her leadership position. It’s a surprisingly unflattering maneuver for the fan favorite protagonist to take, a brave one for series creators Michelle King and Robert King to concoct, and an even braver one for Baranski to perform.

SEE Will the ‘better than ever’ fifth season of ‘The Good Fight’ get some awards love?

Part of Diane’s journey to this controversial decision comes as a result of an imagined fireside chat between her and the late Ruth Bader Ginsberg, played by legend Elaine May, who encourages Diane not to step aside. Baranski plays Diane’s silence and awe at Ginsberg’s advice in understated and beautiful fashion. This scene makes for a nice contrast with the next episode, “And the Fight Had a Détente…,” in which Diane and Liz have a brutally honest, and downright brutal, argument about Diane’s entitlement to her name partnership. Baranski and McDonald both deliver bravura performances in the scene, Baranski in the ferocity of Diane’s defensiveness and McDonald in Liz’s disbelief at Diane’s harmful blindspots. Fortunately by the season finale, Diane has come around in a moving conversation with Liz that has a hint of both actors’ mutual admiration peeking through, too.

For her complex work in taking this character into daring new directions, Baranski should earn recognition from her peers. Baranski previously earned six consecutive Emmy nominations for “The Good Wife” for its first six seasons, but has never earned a nomination for “The Good Fight.” Despite that early support for her performance, Baranski has not earned a single individual SAG nomination for playing Diane Lockhart across any of her 12 years in the role, though she does have three as a member of the “Good Wife” ensemble. Baranski’s last solo nomination with the guild dates back to 1997 for “Cybill.” She won for “Cybill” in 1996 and also has trophies as a film ensemble member of “The Birdcage” (1997) and “Chicago” (2003).

SEE A ‘Good Wife’ showdown: Julianna Margulies and Christine Baranski to face off at SAG Awards?

Baranski currently ranks in our top 10 contenders at the SAG Awards according to our current combined odds for Drama Actress. To land in our top five, she will have to outpace her former “Good Wife” colleague Julianna Margulies (“The Morning Show”), J. Smith-Cameron (“Succession”), SAG winner Uzo Aduba (“In Treatment”) and Jung Ho-yeon (“Squid Game”), as well as one of our predicted nominees including Jennifer Aniston (“The Morning Show”), Sarah Snook (“Succession”), Elisabeth Moss (“The Handmaid’s Tale”), and Michaela Jaé Rodriguez (“Pose”).

Though a tall order, a surprise nomination for Baranski is not out of the realm of possibility. Our SAG expert Matthew Jacobs predicts Baranski will get nominated, as does Gold Derby editor Charles Bright. The “Good Fight” ensemble, which this season added seven-time SAG nominee Mandy Patinkin and Charmaine Bingwa, fares a little better in our odds in ninth place, support for which could help bolster Baranski’s own position. Baranski also just celebrated her fourth Critics Choice Award nomination for the role – “The Good Fight” received four this season – and in that race she’s in second place in our combined odds, behind only Rodriguez.