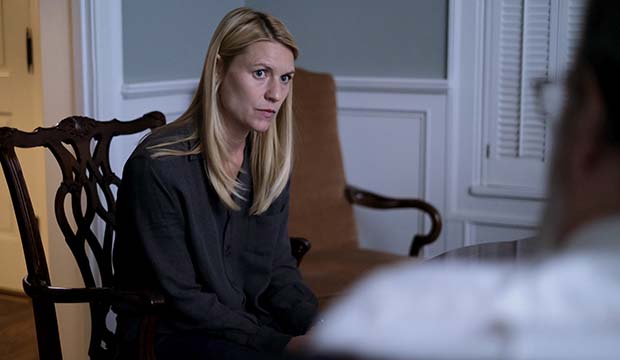 There’s no place like home: After being absent from the Critics’ Choice Awards for eight years, Claire Danes staged a surprising return to the TV drama actress lineup for “Homeland’s” eighth and final season. Now, can she go one step further and parlay her comeback into a farewell victory?

Even though the actress bagged five consecutive drama actress Emmy Award bids (2012-16) for the Showtime series and scored wins for the first two seasons, she’d only shown up twice at Critics’ Choice before this year: in 2012, when she won, and ’13, when she lost to Tatiana Maslany (“Orphan Black”). This makes her return eight years later all the more remarkable, not least because she did not accrue a final Emmy nom.

As of this writing, she sits in sixth place in our combined odds, trailing Emma Corrin (“The Crown”), Laura Linney (“Ozark”), Jurnee Smollett (“Lovecraft Country”), Olivia Colman (“The Crown”) and Christine Baranski (“The Good Fight”). So far, only Maslany has been able to rack up two victories in this category, though in her case it was consecutively in 2013 and ’14. Rising to the top after an eight-year hiatus is be an uphill climb for Danes, but the passion that brought about her surprising nom could be strong enough to tip her over the edge. Note that “Homeland” — the 2012 Best Drama Series champ — did not show up in any other category, which means the actress was singled out (much like Maslany, who was “Orphan Black’s” only nom in both her winning years).

In “Homeland’s” final season, Danes, one last time, unpacks her ability to portray someone who is ceaselessly walking a tightrope, as her character Carrie Mathison, who is presumed a Russian operative following seven months of captivity in Russia, undergoes yet another tumultuous season. The actress’ work in the second half of the season particularly stands out, with Carrie witnessing and mourning her sidekick/friend Max’s (Maury Sterling) tragic death and (reluctantly) facing off with her former mentor and long-time friend Saul (Mandy Patinkin).

The series concludes with Carrie taking over as Saul’s Russian asset, carrying out what she’s always done wholeheartedly and best: serving her homeland at all costs. It’s a brilliant, wholesome final turn from Danes, who deserves credit for sustaining a performance across eight seasons without ever recycling old tricks and tactics.

While she is the only actress in her category competing for the final season of a show, she isn’t the only one who won’t be reprising her role: Colman and Corrin will be passing the torch to Imelda Staunton and Elizabeth Debicki — who will take over as Queen Elizabeth II and Princess Diana, respectively — amid a major cast overhaul ahead of “The Crown’s” fifth season. What could give Danes the edge over the two “Crown” gals is that she, indeed, played her character for eight seasons, whereas Colman played hers for two and Corrin hers for just one. Plus, the two could split the vote, which might allow Danes to pull ahead with help of her farewell narrative.