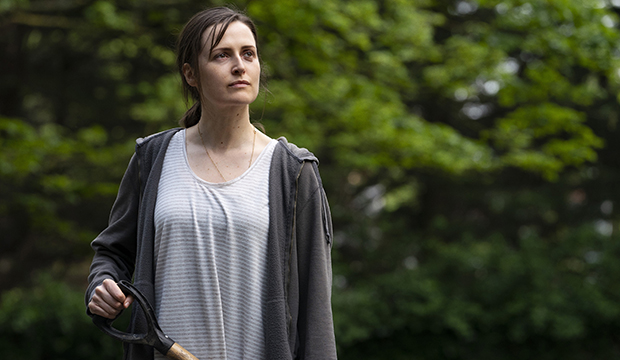 Amazon has been a consistent player at the Golden Globes in recent years, not only on the TV side but with films. Just last year, it got multiple films nominated at the Globes, including for “Les Miserables,” “Late Night” and “The Report.” This year, the streaming service has numerous contenders, including “One Night in Miami,” “Borat Subsequent Moviefilm” and “Sound of Metal.” But one that could also surprise is “Herself,” for Best Film Drama Actress hopeful Clare Dunne.

Dunne, who also co-wrote “Herself,” plays Sandra, a single mother whose experience dealing with the complicated housing system in Dublin prompts her to build her own house. Critics have raved about her “quietly powerful” performance, but it has mostly gone under the radar as critics groups have crowned their winners. This may be due to the film’s release date, having been released in theaters on Dec. 30 and going to streaming in 2021, but she did at least receive a Best Actress nomination from the British Independent Film Awards.

SEE Will ‘Herself’ be a hit at the Golden Globes like Phyllida Lloyd’s other films?

As it stands now, Dunne is currently a long shot for a Golden Globe nomination, but she does have one factor on her side: director Phyllida Lloyd. Lloyd’s previous two films, “The Iron Lady” and “Mamma Mia!” both scored lead actress nominations for Meryl Streep and if Dunne were to get in, Lloyd would be three for three with the Golden Globes. Dunne obviously doesn’t have the same level of name recognition as the three-time Oscar winner, but as Amazon’s most recently released film, she could be a stealth contender who wins over the HFPA’s small voting body, which has thrown in an underdog every now and then, including Rosamund Pike two years ago for “A Private War.”