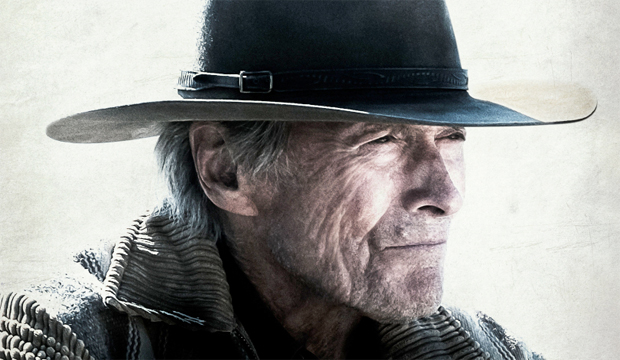 Clint Eastwood was 25 when he made his film debut-uncredited no less-in the 1955’s “Revenge of the Creature,” a sequel to the 1954 3-D blockbuster “Creature from the Black Lagoon.” Sporting a mile-high pompadour, the lanky baby face Eastwood plays a lab tech named Jennings who is working on an experiment involving a group of mice sharing a cage with a cat. And 66 years after “Revenge of the Creature,” the 91-year-old Eastwood is still going strong.

His new film, “Cry Macho,” just opened in theaters and began streaming on HBO Max. He punches a guy, bonds with a new rooster named Macho, rides a horse, and even wins the girl. The fact that Eastwood is not only still a leading man but also directing in his ninth decade is extraordinary. Eastwood, who won Oscars for directing 1992’s “Unforgiven” and 2004’s “Million Dollar Baby,” is celebrating the 50th anniversary of his directorial debut, the thriller “Play Misty for Me.”

Age is not only a dirty word to Eastwood, but many other senior helmers still making movies.

Ridley Scott, 83, has two Oscar contenders this year: the Rashomon-esque “The Last Duel,” opening Oct 15, and the much-anticipated “House of Gucci,” arriving on Nov. 24.

The 82-year-old Francis Ford Coppola is hoping to direct the $100 million plus epic “Megapolis.”  The visionary filmmaker of “The Godfather” trilogy, 1979’s “Apocalypse Now,” who has won five competitive Oscars, earned his first director credit for 1963’s “Dementia 13.”

The Oscar-winning  Martin Scorsese of “Taxi Driver,” “Raging Bull” and “Goodfellas” renown, is, at age 78, in post-production on his latest film, the historical crime drama “Killers of the Flower Moon.” It stars his frequent collaborators Leonardo DiCaprio and Robert De Niro.

These filmmakers have a long way to go to beat the Portuguese director Manoel de Oliveira, who died in 2015 at the age of 106. He is the only director whose career spanned the silent era and the digital age. His last feature film “Gebo and the Shadow” premiered at the Venice Film Festival in 2012 and his final film, “The Old Man of Belem,” was released in 2014.

New Wave master Jean-Luc Godard of “Breathless” fame will turn 91 in December. His last feature, the documentary “The Image Book,”  premiered three years ago at the Cannes Film Festival and won the Palme d’or Speciale.Godard has never played by the rules, so hopefully he’ll surprise us soon with a new project.

Among the filmmakers who enjoyed long careers during the Golden Age of Cinema:

Six-time Oscar-winner Billy Wilder, who made his directorial debut with the 1934 French film “Mauvaise Graine,” ended his career at 75 with 1981’s “Buddy, Buddy,” starring his frequent collaborators Jack Lemmon and Walter Matthau. He died 21 years later at 95.

The Master of Suspense, Alfred Hitchcock, who began working during the silent era. His first film 1922’s “Number 13” was unfinished and his last was 1976’s “Family Plot.” He died four years later at the age of 80.