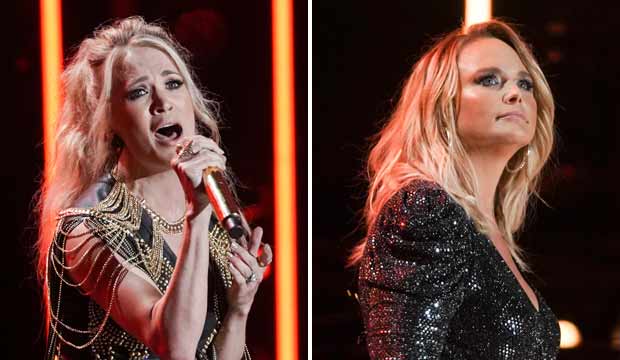 Female artists are so commonly underrepresented for Entertainer of the Year at the Country Music Association Awards that I addressed the disparity last year, the year before that, the year before that, and the year before that. When the 2021 nominations were announced two women made the cut in that coveted category: Miranda Lambert and Carrie Underwood, the same two as last year. That ties 2020’s mark as the best female representation in the past decade, but that’s not saying much. Women still hold less than half of the category, and it has been fully 10 years since any woman has won the award.

Underwood has never prevailed in this race despite being one of the most successful crossover stars of the 21st century. In fact, her only other nominations for Entertainer of the Year were in 2016, 2019, and 2020. Lambert has been nominated a bit more often: this is her fifth citation following bids in 2010, 2014, 2015, and 2020. But she hasn’t won yet either.

Mandrell and Swift are the only women to have won twice. And the Chicks and Swift are the only female winners so far in the 21st century — that means just three wins for women in the last 21 years. Since 2000 there have been a total of 110 nominations for Entertainer of the Year, but only 17 of those have gone to female artists, including Hillary Scott as a member of the mixed-gender group Lady A, who were nominated just once in the top race (2010).

But Entertainer of the Year isn’t the only place women are underrepresented this year. Only one female artist is up for Album of the Year (Carly Pearce for “29”). Only two songs by women are up for Single of the Year (Gabby Barrett‘s “The Good Ones” and Ashley McBryde‘s “One Night Standards”). Only four of the 15 songwriters up for Song of the Year are women (Barrett and Emily Landis for “The Good Ones,” McBryde and Nicolette Hayford for “One Night Standards”). Only two nominees for Vocal Group of the Year have female members (Lady A and Little Big Town), while all of them have male members. Only one Vocal Duo nominee is female (Maddie and Tae). And only one Musician of the Year contender is a woman (fiddler Jenee Fleenor).

So after a year of some promising developments towards gender parity at the CMAs, these nominations represent a step back. However, women do have the majority of nominations for New Artist of the Year (Barrett, Ingrid Andress, and Mickey Guyton), so maybe the future of the country music industry is more promising than its present.