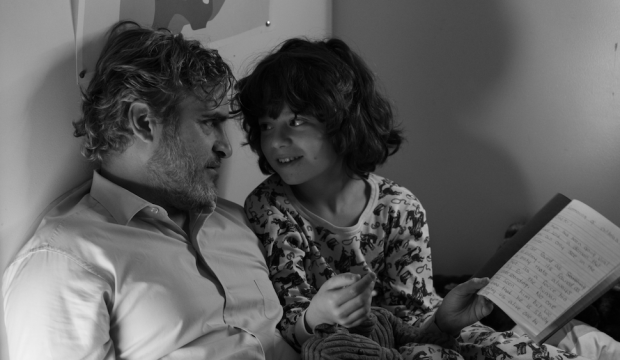 One of the more tenderhearted and beloved films to debut at this year’s Telluride Film Festival was “C’mon C’mon.” Writer-director Mike Mills’s latest film stars 2020 Best Actor winner Joaquin Phoenix as a radio journalist traveling around the country to interview kids about their thoughts on the state of the world, all while taking care of his precocious nephew (newcomer Woody Norman). Early reviews have been strong, with many highlighting Phoenix’s more subdued and human turn after his explosive performance as the Clown Prince of Crime “Joker” won him a long-awaited Oscar. (Phoenix is currently ranked 10th in the Gold Derby expert odds for Best Actor.)

“If the buzz continues to build, ‘C’mon C’mon’ could become this awards season’s little engine that could,” Variety awards expert Clayton Davis wrote about the Mills film after its Telluride debut generated conversation last weekend.

But before all that happens, the movie has to come out: A24 has the black-and-white drama set to debut in theaters this November, following its next festival stop at the New York Film Festival. To announce its intentions to the world beyond Colorado, the studio released the first trailer for “C’mon C’mon” on Wednesday, highlighting the caring tone the initial reviews were quick to point out.

“To visit planet Earth, you will have to be born as a human child,” Phoenix’s character, Johnny, says in a voice-over as the Claude Debussy composition “Clair de Lune” plays over the wistful images. “You will grow up, travel, and work. Over the years you will try to make sense of that happy-sad-full always-shifting life you were in, and when the time comes to return to your star, it may be hard to say goodbye to that strangely beautiful world.”

At that point, the trailer reveals Johnny is actually reading from Claire A. Nivola’s book “Star Child,” and Norman’s Jesse is quick to call him out on the tears being shed as he closes the cover.

Mills’s last film was “20th Century Women” which earned him an Oscar nomination for screenwriting but failed to garner what many felt was well-deserved recognition for star Annette Bening. Before “20th Century Women,” Mills directed “Beginners,” which won Christopher Plummer an Oscar.

Box office: 'Everything Everywhere All at Once' could offer some much-needed alternative options in…

Will Smith apologizes to Chris Rock for 'unacceptable, inexcusable' Oscars slap: 'I am a work in…

Wanda Sykes was your favorite Oscars host, but almost a third of viewers liked 'none of them' [POLL…