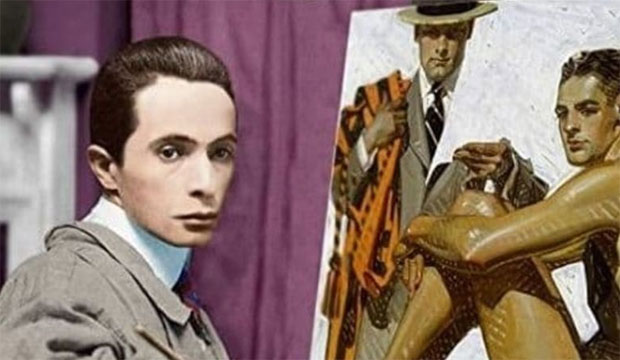 Nonfiction filmmaker Ryan White has explored queer American life in the past, with the HBO documentary “The Case Against 8” and the Apple TV+ docuseries “Visible: Out on Television.” He turns the clock farther back with the documentary short “Coded: The Hidden Love of J.C. Leyendecker.” Could it be his Oscar breakthrough?

J.C. Leyendecker was an artist in the early 20th century who created illustrations for advertisements and magazine covers. He was also a gay man who snuck homoeroticism into his male imagery, and while he enjoyed great success during his life, he isn’t as well remembered now as Norman Rockwell, who came after him. White tells his story with a combination of animation, interviews, and archival materials, with Neil Patrick Harris narrating in the voice of Leyendecker.

“Coded” already won White the Best Documentary Short award at the 2021 Tribeca Film Festival, and it could have an impact on Oscar voters, who have awarded multiple documentary shorts in recent years that profile artists: “Music by Prudence” (2009), “The Lady in Number 6” (2013), and “Heaven is a Traffic Jam on the 405” (2017), though those were contemporary films about artists who were alive at the time of their films’ making. But last year the academy did nominate another historical doc that uses animation to help tell its story: “A Love Song for Latasha.”