Matt Gaetz! What a guy. The Florida congressman is under federal investigation for potentially having a sexual relationship with a 17-year-old-girl that violated federal sex trafficking laws, allegations Gaetz denies. But he did seek a preemptive blanket pardon from President Donald Trump during the final days of Trump’s presidency for any crimes he may have committed. You know, “like innocent people do,” Stephen Colbert cracked on Wednesday’s “Late Show.”

Colbert said that Gaetz had reason to believe he might get that blanket pardon – “I don’t think the blanket wants a pardon,” the host joked. “I think it wants to be burned. It’s seen too much” – due to his close relationship with Trump. Colbert read an excerpt from Gaetz’s memoir, Firebrand, where the congressman brags about all the places he was at times when the former president called him, including when he was “on the throne, on airplanes, in nightclubs,” to which Colbert added, “The president has called me everywhere: while I was lurking in the bushes of a high school, while I was making fake IDs, even while I was tutoring my girlfriend for the SATs.”

One time Gaetz was even “in the throes of passion” when Trump called him.

“Thinking about Matt Gaetz having sex, I’m in the throws of up,” Colbert joked.

But Gaetz didn’t receive a pardon. According to the New York Times, the White House viewed the request as “a nonstarter that would set a bad precedent.”

Colbert closed by talking about a speech Gaetz is scheduled to make for a meeting of a conservative women’s group called Women for America First (“Or as Cardi B calls it, ‘WAF’”) at Trump’s Doral golf course. “You could say that’s putting the fox in the henhouse, but Gaetz would rather hang out with the eggs.”

“His speech is part of a gala dinner which has a theme of ‘Americana, featuring BBQ, boots, and bluegrass,’” Colbert said. “Not to be confused with Gaetz’s usual theme of ‘Molly, minors, and mandatory minimums.’”

“The group has received a lot of criticism for booking Gaetz, but they defended the decision and called Gaetz a ‘fearless leader in D.C.,’” the host added. “Yes, Gaetz fears nothing, except the parents of whoever he’s texting.”

Anthony Hopkins: How long was each of his Oscar-nominated performances? 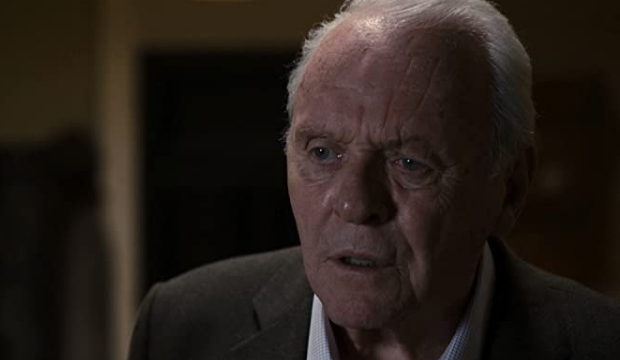