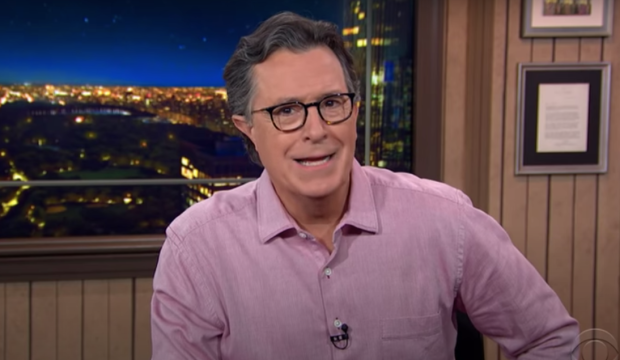 There are a lot of congressional Republicans who don’t want to set up a bipartisan commission to investigate the January 6 insurrection at the Capitol, and Stephen Colbert laid into them on Wednesday’s “Late Show.”

House Minority Leader Kevin McCarthy and Minority Whip Steve Scalise encouraged Republicans to vote against the bill that would create the commission, despite the fact that its points were agreed to by their designated negotiator, Republican Rep. John Katko.

McCarthy and Scalise said they oppose the bill because they want the commission to also investigate left-wing protest movements like Black Lives Matter and antifa, which are completely separate things, as Colbert noted. “It’s the commission on January 6,” Colbert said. “That’s like being upset that the movie ‘Halloween’ doesn’t investigate what happened on Arbor Day.”

The bill did pass, with 35 Republicans for and 175 against. One GOP representative who voted against it was Indiana’s Greg Pence, former Vice President Mike Pence’s own brother. You’ll of course remember that some insurrectionists wanted to “hang” Pence for not handing the election to Trump.

“That certainly changes the meaning to this text from Greg: ‘Hey bro! Wanna hang this weekend?’” Colbert joked.