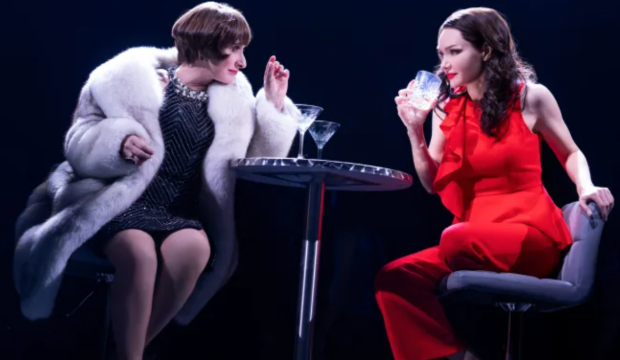 Over fifty years after its debut on Broadway in 1970, Stephen Sondheim’s genre-redefining musical “Company” has returned in a reimagined production by Tony Award-winning director Marianne Elliott. The classic musical is a series of vignettes that coalesce around its protagonist Bobby on the occasion of his thirty-fifth birthday, but in this revival the main character is now a female Bobbie. “Company” opened at the Bernard B. Jacobs Theatre on Dec. 9.

SEE 2022 Tony Awards eligibility rulings, round one: Lead acting races heat up thanks to ‘Six,’ ‘Chicken & Biscuits,’ ‘The Lehman Trilogy’

Elliott’s modern take on “Company” earned overwhelmingly strong reviews from critics. Giving “Company” five out of five stars, Adam Feldman (Time Out) calls the production “spectacular” and a “dazzling success.” Not mincing words, Feldman writes, “I think Elliott’s ‘Company’ is the most satisfying Broadway revival of a Sondheim show in history.” He admires the “comedy of the modernized book scenes” and raves about the cast: LuPone for “harnessing her imperious earthiness to outstanding effect,” Lenk, who “holds strong at the center, bringing her formidable charisma and individuality to the role,” even though she is “not quite up to the vocal demands of the show’s emotional breakthrough finale,” and Doyle, for his “hilarious high-speed” performance in song “Getting Married Today, a “superbly staged comic breakdown number.” Overall, he says the production emphasizes the “enduring brilliance and insight of Sondheim’s score.”

Equally enthused, Naveen Kumar (Variety) says, “Marianne Elliott’s sensational new revival strikes like a lightning bolt, surging with fresh electricity and burnishing its creators’ legacy with an irresistible sheen.” He writes that the new take on the material is “brilliantly conceived and funny as hell,” “gorgeously realized – and refined – to reflect the moment.” Of the performers, he spotlights Lenk’s “beguiling ease” and “cool, unforced charisma,” the “daft and deadpan” Claybourne Elder, Doyle’s “marvelously neurotic rendition” of “Getting Married Today,” and LuPone, who is “so magnificent and so magnetic in the role, witnessing her performance is like an exquisite form of ecstasy.” He describes Elliott staging is “imaginative, shear and generous in visual surprise” and the “production beautifully spotlights Sondheim’s indelible score.” “‘Company’ is sublime,” he concludes.

While the majority of the reviews are equally effusive, the production does have skeptics. Jesse Green (New York Times) writes that the reworking of the story makes it “seem overwrought and incoherent” and calls Lenk “miscast.” But even he praises LuPone for her “precision comedy and riveting charisma” and admits of the show, “I was never less than riveted.” Helen Shaw (Vulture) says Elliott’s directorial decisions often “rob the production of its sensuality and menace,” but still, “In the end, this ‘Company’ is resilient” and bolstered by the “gravitational force” that is LuPone.

The critical response to “Company” makes an already exciting Best Revival contest even more thrilling. “Caroline, or Change” opened two months ago to strong notices, and in the spring the highly-anticipated remounting of “The Music Man” with Hugh Jackman and Sutton Foster and the Beanie Feldstein-starring “Funny Girl” will also enter the ring. There seems to be no doubt, though, that with these mostly stellar notices plus the collective grief over and outpouring of love for Sondheim after his passing that “Company” will likely earn a nomination for the top honor. The same goes for its visionary director Elliott, who already has two Tonys for directing plays (“War Horse,” “The Curious Incident of the Dog in the Night-Time”) plus another bid for “Angels in America.” A nomination for “Company” would be her first for directing a musical.

Although there will be a lot of competition, Patti LuPone looks like an immediate frontrunner to win the Featured Actress trophy. The Broadway legend, who has two Tonys for the original “Evita” and a revival of Sondheim’s “Gypsy,” earned the kind of reviews and the nightly ovations of a beloved stage star. She has been refining her take on “The Ladies Who Lunch” for years in concerts and philharmonic productions, and seems to have perfected her rendition for this Broadway mounting. Other featured cast members who earned raves and will be on the Tony nominators’ radars include Simard, plus Doyle and Elder, whose roles earned Olivier Award nominations for their West End counterparts Jonathan Bailey and Richard Fleeshman, respectively; Bailey went on to win alongside LuPone.

A little less assured is Lenk herself, who just a few years ago dazzled in her singular performance in “The Band’s Visit” and won the Tony in 2018. Even some of the glowing reviews for the production raised hesitations with her vocal performance on the finale, “Being Alive,” even while commending her acting. Sondheim himself has said he preferred actors who sing than singers who act, so this may not be an impediment to Lenk earning her second Tony nomination. But the slate of actresses eligible in this category is vast, including all six stars of “Six,” Mare Winningham (“Girl From the North Country”), Sharon D Clarke (“Caroline, or Change”), Jeanna de Waal (“Diana”), Carmen Cusack (“Flying Over Sunset”), Joaquin Kalukango and Chilina Kennedy (“Paradise Square”), Beanie Feldstein, and Sutton Foster. This number of contenders will allow for five nominees, but Lenk might get crowded out.

In the design categories, Bunny Christie’s imaginative scenic design, which Feldman calls a “constantly shifting wow,” will likely earn her a nomination; she has two Tony bids and a win for “Curious Incident,” and she won the Olivier for her work on “Company” back in 2019. Other Olivier-nominated work on the West End mounting included Neil Austin’s lighting design – he has three Tonys already, too – and Liam Steel’s choreography.

Across its three previous Broadway mountings, “Company” has earned 19 Tony nominations. The original 1970 production earned 14 nominations, which was a record-breaking number until “The Producers” usurped it by one bid in 2001. Of those 14, it won six, including Best Musical, Direction, Book, Scenic Design, and Score and Lyrics, which were awarded separately at the time. The 1995 revival earned two nominations, and the most recent revival in 2006 earned three, winning Best Revival at the 2007 Tonys but losing for Esparza in what was at the time a shocking upset that went to David Hyde Pierce (“Curtains”). Elliott’s “Company” will most likely surpass the last two productions’ tallies, but fall short of the high benchmark set by the original.