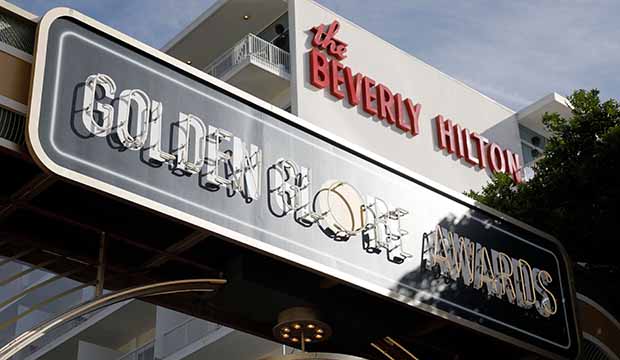 Over recent weeks and months, Gold Derby has revealed the toughest category decisions faced by campaigners for the 2021 Golden Globes. All of these choices are reflected in our Golden Globe Awards predictions center event, so jump in today and make your picks for all of the races before nominations are announced on February 3.

Many film placements are easy calls for the studios and Hollywood Foreign Press voters. It’s not borderline at all that “Nomadland” and “The Trial of the Chicago 7” are dramas or that “Borat Subsequent Moviefilm” and “The Prom” are in the comedy/musical categories. Here is our complete guide to the drama and comedy selections plus the lead and supporting decisions made by campaigners or the HFPA that weren’t as simple to determine.

“Da 5 Bloods”
Delroy Lindo is drama lead; all others are supporting

“French Exit”
Michelle Pfeiffer is comedy lead; all others are supporting

“The Glorias”
Julianne Moore and Alicia Vikander are drama leads

“Hamilton!”
Eligible as a musical feature film at the Globes but eligible for TV at SAG, Emmys, etc. Lin-Manuel Miranda and Leslie Odom, Jr. are leads; all others are supporting

“Judas and the Black Messiah”
Lakeith Stanfield is drama lead; Daniel Kaluuya and all others are supporting

“The Life Ahead”
Eligible for Foreign Language Film but not as a drama film; actors eligible in their categories

“Ma Rainey’s Black Bottom”
Chadwick Boseman and Viola Davis are leads; all others are supporting

“Minari”
Eligible for Foreign Language Film but not as a drama film; actors eligible in their categories

“On the Rocks”
Rashida Jones is comedy lead; Bill Murray is supporting

“One Night in Miami”
All performers are in supporting

“The Prom”
Jo Ellen Pellman, Meryl Streep and James Corden are comedy/musical leads; all others are supporting

“Promising Young Woman”
Carey Mulligan is drama lead (not comedy); all others are supporting

“Sylvie’s Love”
Eligible as a comedy feature film at the Globes but for TV at SAG, Emmys, etc.