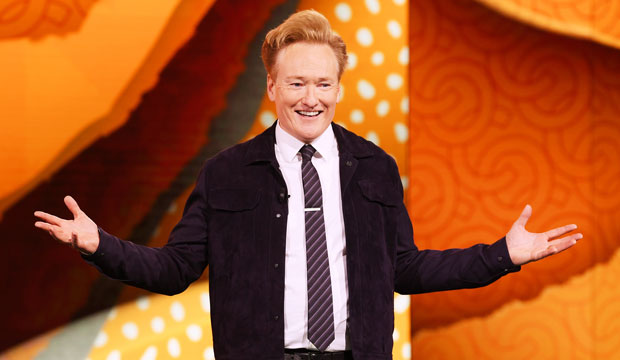 Conan O’Brien took over NBC’s “Late Night” in 1993 — 28 years ago. But after almost three decades in late night he still hasn’t won the top Emmy for variety programs. This past June he ended his latest venture, TBS’s “Conan,” after 11 years on the air, and the television academy subsequently welcomed him back to the race for Best Variety Talk Series. Can he dethrone the five-time reigning champ “Last Week Tonight with John Oliver”?

Though O’Brien’s “Late Night” started in 1993, he wasn’t nominated for the top award until 2003, at which point the Jon Stewart extended universe started winning and has never stopped. Since then, no other talk shows have won. His “Daily Show” won Best Variety Series 10 years in a row (2003-2012). Then after the Emmys split that award into talk and sketch categories, “Daily Show” won again in 2015 for Stewart’s farewell season. In-between, “Daily Show” spinoff “The Colbert Report” won in 2013 and 2014. And since Stewart stepped down, “Last Week Tonight” with “Daily Show” alum John Oliver has won every time (2016-2020).

“Last Week Tonight” is the front-runner to win for the sixth year in a row, according to the combined predictions of Gold Derby users. But “Conan” ranks second with 4/1 odds. Two of the Expert journalists we’ve surveyed from major media outlets are among those who say O’Brien will prevail: Jen Chaney (Vulture) and Kaitlin Thomas (Gold Derby). And it wouldn’t be the first time he has taken home hardware from the academy. He won writing awards for “Saturday Night Live” and “Late Night” and then two interactive prizes for the “Team Coco” app and “Conan.”

But even if O’Brien doesn’t make it to the winner’s circle this time, he’s not exactly retiring. He signed a deal with WarnerMedia to return with a new program on HBO Max. So he may yet have more chances to overthrow Stewart’s comedy dynasty.