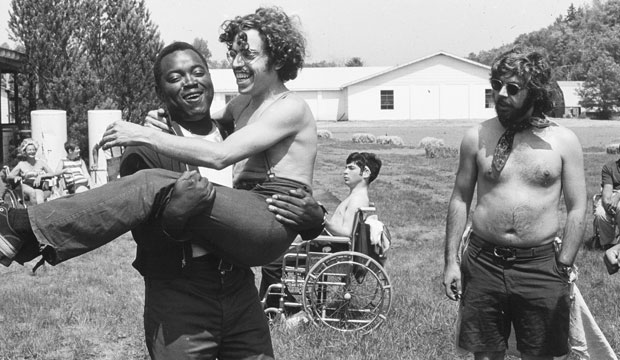 “My Octopus Teacher” is looking good in our Oscar odds for Best Documentary Feature after its victories at the Producers Guild and BAFTA Awards, but what about “Crip Camp”? It didn’t receive as many industry guild nominations, but it has a similar uplifting appeal as well as a resonant theme about solidarity among a marginalized group fighting for quality, which feels especially meaningful after a year of Black Lives Matter protests. Could it upset the front-runner?

“Crip Camp” tells the story of Camp Jened, a summer camp for disabled youth who found community there and were awakened to their own political power, leading them to fight for accessibility rights in public spaces. Besides its Oscar nomination, the film won Best Feature at the International Documentary Association Awards, and it earned bids from the Critics Choice Documentary Awards and the Independent Spirit Awards. But it didn’t get much guild attention, just a couple of citations from the Guild of Music Supervisors Awards and the Motion Picture Sound Editors.

But you don’t always need prior peer group support to win at the Oscars. “Undefeated” (2011) didn’t have any when it prevailed, and like “Crip Camp” it was an uplifting underdog story, following a high school football team and their inspiring coach. “Crip Camp” also has the benefit of executive producers Barack Obama and Michelle Obama; the Oscar wouldn’t go to them if the movie prevails, but the prestige they bring to the project could give it a major boost, just like “American Factory,” last year’s Best Documentary Feature winner that the Obamas also produced.

As of this writing four of the Expert journalists we’ve surveyed from major media outlets are betting on “Crip Camp” to upset: Claudia Puig (KPCC), Tariq Khan (Fox TV), Shawn Edwards (WDAF-TV Fox), and Keith Simanton (IMDb). Are they right that the film will achieve a come-from-behind victory? We shouldn’t underestimate it, just as we shouldn’t underestimate the disabled activists it profiles. 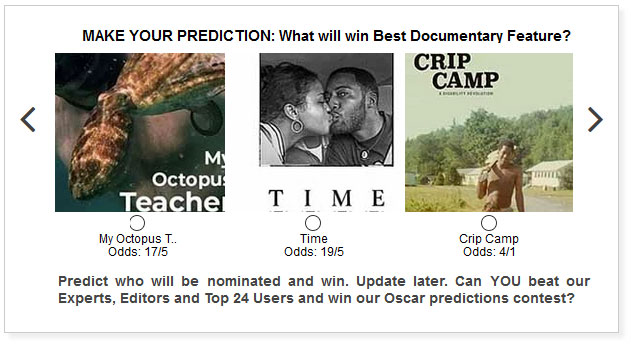