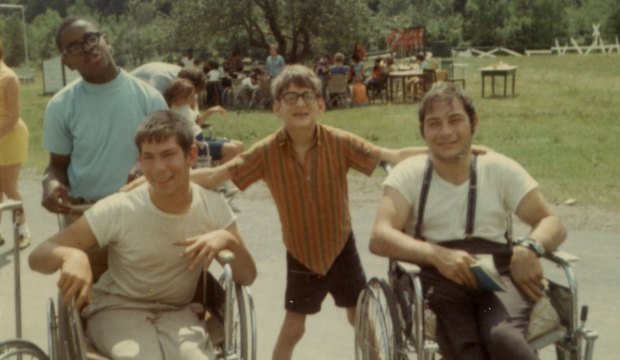 Netflix’s “Crip Camp” won Best Feature at the 36th annual International Documentary Awards on January 16. This is a big boost for the inspirational film by Nicole Newnham and Jim LeBrecht about a refuge for people with disabilities as it comes just before balloting begins for the Academy Awards. “Crip Camp” hails from Barack and Michelle Obama‘s production company, Higher Ground, which also made last year’s Oscar winner for Best Documentary Feature “American Factory.” “Crip Camp” also took bagged the ABC News VideoSource Award.

Garrett Bradley won Best Director for Amazon’s “Time.” Her film, which chronicles the efforts of Sibil Fox Richardson to secure the release of her husband from prison, also contended for Best Feature. The other nominees were: “Collective,” “Gunda,” “MLK/FBI,” “The Reason I Jump,” “Reunited,” “Softie,” “The Truffle Hunters” and “Welcome to Chechnya.”

Two Netflix entries may have been snubbed in the top race but still went home winners. “Dick Johnson Is Dead” won Best Writing and Best Editing while “My Octopus Teacher” claimed both Best Score and the Pare Lorentz Award.

All four of these IDA winners are strong possibilities for Oscar nominations. Ten of the last 15 winners of Best Feature from the IDA has gone on to contend at the Academy Awards but only four of these have won. The most recent double dipper was “O.J.: Made in America” four years ago.