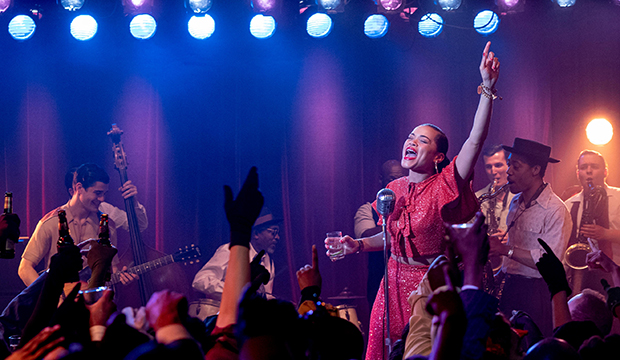 It’s been a brand new day in the Best Actress Oscar race since Andra Day‘s Golden Globe upset. The “United States vs. Billie Holiday” has moved up one spot to fourth place in the Oscar odds and has surged as well in the Critics Choice Awards race, climbing two spots to fourth. The Critics Choice Awards are the last precursor for Day since she was snubbed by the Screen Actors Guild Awards and the BAFTA longlist, so can she build on her momentum — that will have to sustain for seven more weeks — on Sunday?

Before the Globes, Day was in sixth place in the Critics Choice odds, ahead of only Sidney Flanigan (“Never Rarely Sometimes Always”). Just four people predicted her to win. After her Globe triumph for Best Drama Actress, 67 people are now picking her to add to her mantel, helping her leapfrog past Vanessa Kirby (“Pieces of a Woman”) and Zendaya (“Malcolm & Marie”). Carey Mulligan (“Promising Young Woman”) remains in first, followed by season-long favorites Viola Davis (“Ma Rainey’s Black Bottom”) and Frances McDormand (“Nomadland”).

It’s unlikely Day will overtake any of the top three in the odds before Sunday — they all have hundreds of No. 1 predictions, with Mulligan’s total north of 1,300 — but a win is not entirely out of the question. Mulligan is still the cool critical pick, but if the top three split the vote, like they might have at the Globes, Day can swoop right in there.

What’s more likely to happen in the event of a Day win, though, is a tie. The Critics Choice Awards love a tie. Voting is after the Globes — the deadline is Friday night — and we’ve seen quite a few reactionary results. Two years ago, Lady Gaga (“A Star Is Born”) and Glenn Close (“The Wife”) tied for Best Actress. Last year, Bong Joon Ho (“Parasite”) and Sam Mendes (“1917”) tied for Best Director. What they have in common is that, like Day, Close and Mendes were coming off of surprise Globe victories. Close was predicted to win Critics Choice, but Mendes was in fourth. Both became overwhelming Oscar favorites but ended up losing, so Day would not want to emulate that.

If Day pulls out a win on Sunday, then she’s one step closer to being the next Regina King.