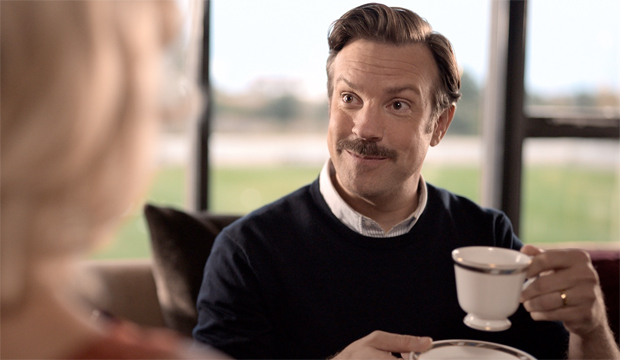 Critics Choice Awards voters love to spread the wealth. In fact, in the 11 years since they’ve been handing out prizes for television, nine different shows have won Best Comedy Series. “Silicon Valley” and “The Marvelous Mrs. Maisel” are the only two laffers that have won twice. But now, according to Gold Derby’s Critics Choice Awards predictions, a third comedy series is about to join that esteemed list: “Ted Lasso.”

The Apple TV+ series staged a massive upset at last year’s Critics Choice Awards when it took down reigning front-runner “Schitt’s Creek.” Remember, the Pop comedy was competing for its final season and had already claimed prizes at the Emmys and Golden Globes. But the critics decided to go with the sparkly new toy, embracing “Ted Lasso” with trophies for series, lead actor Jason Sudeikis and supporting actress Hannah Waddingham. Months later, the Emmys followed suit and the rest is history.

This time around, “Ted Lasso” is the front-runner, at least according to our Best Comedy Series racetrack odds. The other nominees in descending order are: “Hacks” (HBO Max), “Only Murders in the Building” (Hulu), “The Great” (Hulu), “What We Do in the Shadows” (FX), “Reservation Dogs” (FX on Hulu), “Insecure” (HBO) and “The Other Two” (HBO Max).

“Ted Lasso” earned a total of four nominations for Season 2, which streamed weekly throughout the summer: Comedy Series, Comedy Actor (Sudeikis), Comedy Supporting Actress (Waddingham) and Comedy Supporting Actor (Brett Goldstein). Four bids is the most for any TV comedy this year, with “Only Murders in the Building” tying that number. “The Great,” “Hacks” and “What We Do in the Shadows” are next in line with three each.

The trophies for television and film will be handed out Sunday, January 9 at the Century Plaza Hotel in Los Angeles. The show will be simulcast on CW and TBS live from 7-10 p.m. ET (delayed on the West Coast). The TV awards are voted on by members of the Broadcast Television Journalists Association (BTJA).