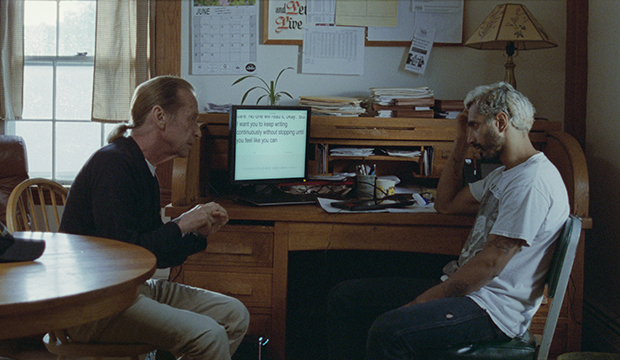 Soon after the nominees were announced for the 2021 Critics Choice Awards, our forum posters let loose with their opinions related to whose work was recognized and whose was snubbed. In particularly, folks loved the extra attention for “Sound of Metal” and rolled their eyes at the “Judas and the Black Messiah” snubs. Some saw this year’s lineups as basic and complained about certain inclusions, while others cheered the redemption of a few performers left out of the running at this year’s Golden Globe and SAG Awards.

Below is just a sampling of our readers’ brutally honest Critics Choice Awards reactions regarding the nominees in many of the film categories. Take a look, then join in if you’re brave enough. The winners in both film and TV will be handed out March 7 during a live CW telecast hosted by Taye Diggs. Gold Derby’s predictions center is open, so make your first picks right now.

BEST PICTURE
Nate: “Mank” is back after that SAG snag.

thomasrigours: “Judas and the Black Messiah” is dead.

BEST ACTRESS
Victor: Andra Day looking like a sure bet for that 5th spot.

Vicki Leekx: Sophia Loren’s looking out at this point, unless there is hidden passion for her comeback narrative.

AmnistY21: Carey Mulligan and Viola Davis tie incoming. I can feel it.

Nate: I’m still amazed that Sacha Baron Cohen continues to be the only member of the “The Trial of the Chicago 7” ensemble singled out, even in larger lists.

AmnistY21: They nominated Paul Raci instead of Jared Leto. That simply makes them better than GG and SAG. Sorry not sorry.

Atypical: The Glenn Close deniers would question her even after a BAFTA nomination. Let them seeeeethe.

SEEHow many of the 14 performers with SAG, Critics Choice and Golden Globe nominations will contend at Oscars?

BEST DIRECTOR
Melvinezq: Why on earth should they nominate Aaron Sorkin?

OccultCherry: “Ma Rainey’s Black Bottom” getting 8 nominations is beyond disgusting. There are no words. Revolting.

Ruby Sparks: They had the opportunity to nominate “Soul” and they were like, “but David Fincher’s daddy”

SEEAfter Critics Choice nominations, who’s up, who’s down in the Oscar race?

BEST CINEMATOGRAPHY
Butz: “Tenet” is really looking good. Don’t sleep on that one.

BEST COMEDY
thomasrigours: “The King of Staten Island” got its first (and only nom) of the season. For that reason Critics Choice >> GG.

thomasrigours: Can somebody explain to me what’s the point to nominate such a basic film as “The Life Ahead” over so many interesting propositions (“Bacurau,” “Martin Eden,” “A Sun,” “Vitalina Varela” to name a few)?

linecelts: “Minari” is really NOT a foreign film.